GAME and OCUK team up for in-store eSports zone

Last year, GAME and Overclockers UK teamed up to get more PC gaming hardware inside retail stores and visible on the high-street. Now this week, those PC gaming efforts are expanding, with plans to put an ‘eSports zone' inside of GAME stores that will host ten OCUK-built gaming rigs for people to play on, along with a Virtual Reality pod.

The first eSports zone is debuting at the GAME store inside of the Trafford Centre in Manchester. GAME will be inviting publishers to host special community events at its eSports zone to help promote new game releases, the retailer will also be hosting a tournament of its own to kick off the launch, where you can compete in Rocket League to win prizes, which include tickets to Insomnia 58, the UK's biggest LAN gaming event. 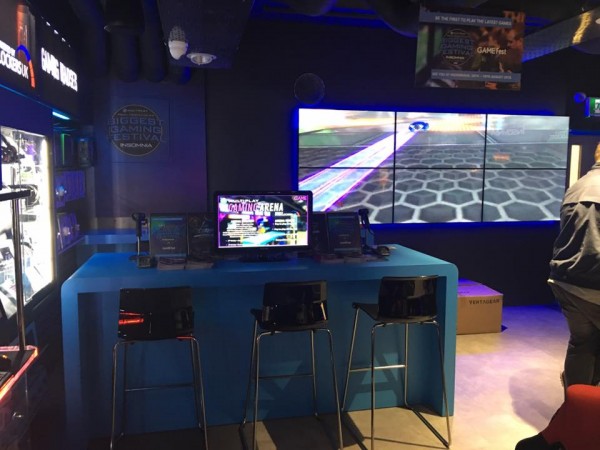 While communal gaming locations are a big thing in Asia, where internet cafes can be found in a lot of areas, there aren't many places like this in the UK. GAME hopes to make this a “new destination for gamers to come together to watch, play, socialise, discover and shop their favourite games”.

GAME will be hosting more events at its in-store eSports zone in the future, with titles like Hearthstone, Counter Strike: Global Offensive and League of Legends.

KitGuru Says: There aren't many communal gaming spaces here in the UK, so this is quite an interesting step for GAME to take. For now, eSports Zones are launching in Manchester but following that, they should spread to more areas. What do you guys think of this idea? Would you have any interest in going to an eSports Zone?