Sandisk and Gigabyte have teamed up for motherboard/SSD bundles

This is a big week for sales, particularly with Black Friday happening, and it seems that SanDisk and Gigabyte are fully prepared for it, with some Z170 motherboard and SSD bundles, offering pretty great value for money if you're shopping around for PC components. 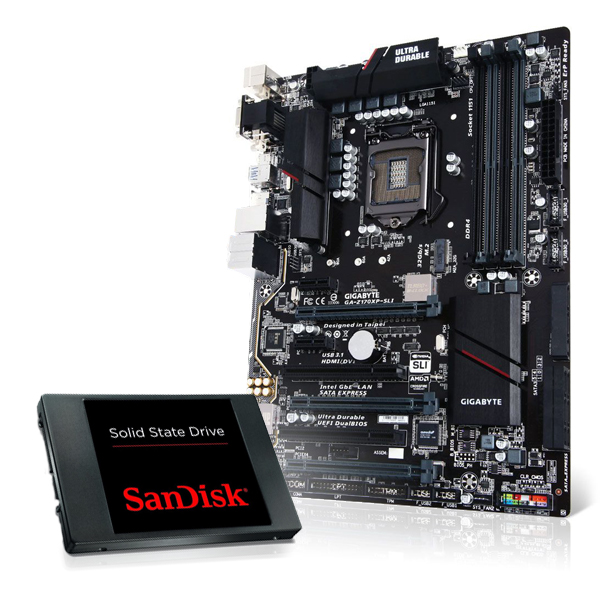 On their own, the SanDisk Ultra II 480GB and 960GB models cost £119.99 and £229.99, while the Gigabyte GA-Z170XP-SLI costs £109.99 on its own. We have reviewed the Gigabyte motherboard before, praising its feature set and overclocking performance.

We haven't had a chance to review the SanDisk Ultra II ourselves just yet but we have had positive impressions of some other SSD models from the company. You can find the motherboard/SSD bundles, HERE.

KitGuru Says: At this point, I wouldn't want to build a new system without an SSD, so it is definitely worth looking out for deals like this. Are any of you planning a new Skylake system build? Have you had any experience with Gigabyte or SanDisk in the past?