The first results of a study into the effect space has on the human body, using twins Scott and Mark Kelley, have now been released. Thanks to their shared DNA, the studies show that space has effects on human gene expression, DNA methylation and “other biological markers.”

The Kelley twins are a unique case, because not only are they twins, but they are also both astronauts. However where they differ is in their time spent in space. While Mark has flown beyond our atmosphere for a total of 54 days throughout four space shuttle missions in the ’00s, his brother Scott has spent 340 days there between 2015 and 2016.

Looking at their genomes, their gut flora, their chromosomes and a number of other in-depth metrics, NASA and other scientific bodies have been looking to see how longer stays in space affect the body. While we don’t expect the full results from the studies to come out until later this year, early results suggest that time in space appears to affect the way genes express gene products. 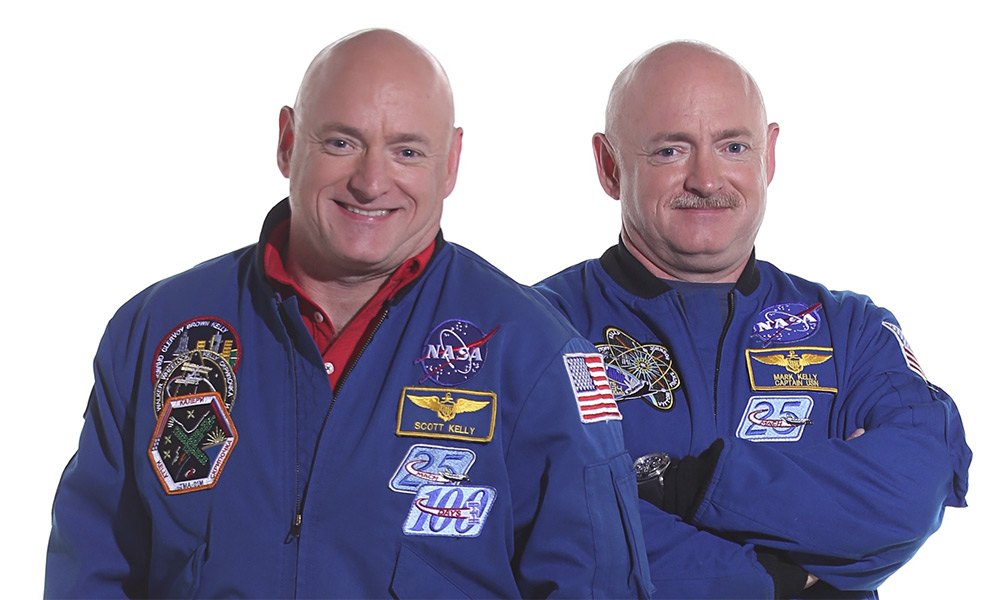 The challenge now however, is to figure out how to link these changes with the rigours of space travel. We already know, for example, that weightlessness affects the vertebrae and spinal fluid, and that it leads to muscle atrophy because of a lack of effort required to hold your body together when gravity isn’t crushing it. In that same way, scientists must now figure out why the Kelley brother’s differ at a genetic level. Why does space have that effect?

Most interesting though, is that there is possibility that space travel could have some positive benefits on the human body. One area where space appears to aid the human experience, is with the length of Scott Kelley’s telomeres. Those caps on the end of his chromosomes, which seem to have an impact on ageing, appeared to have grown during his time in space, which is the opposite of what was expected.

As Nature reports, Kelley’s telomeres appeared to return to normal quite quickly once he returned to Earth, suggesting any sort of benefit is temporary, but it holds promise as a potential avenue of research.

KitGuru Says: This is exciting stuff and is just one more step on the road to humans making the long journey to Mars and beyond.