The Curiosity rover is a marvel of modern engineering. After spending eight months in the cold black of space, it descended through Mars’ carbon dioxide rich atmosphere and landed in the Gale Crater in August 2012. From there it conducted a few simple scientific experiments, but spent the majority of its two years since landing trekking nearly nine kilometres across the barren world to its main destination, the base of a three-mile high mountain known as Mount Sharp.

It’s now reached that goal and is set to begin its main scientific studies, including looking at the structure of the mountain as it ascends it, which should give us an idea of Mars’ geological and potentially biological history without needing to drill deep into the soil. 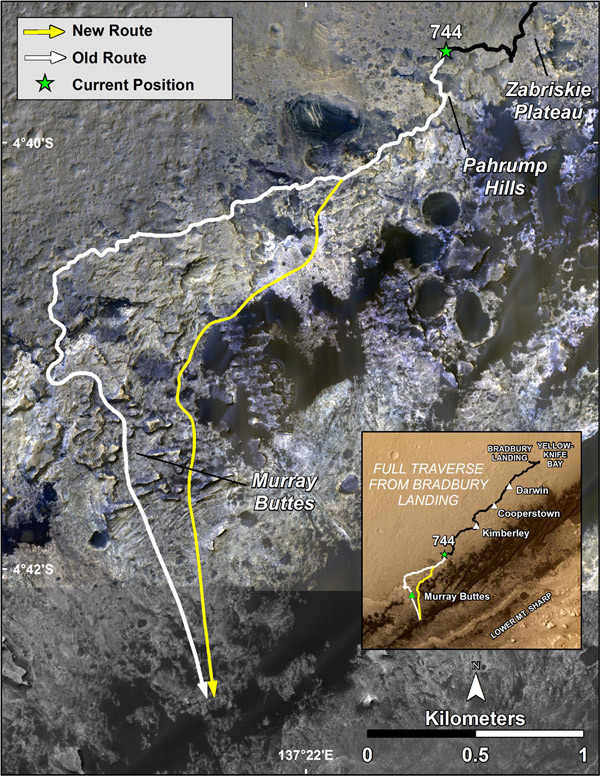 “We are here to tell everyone that the next phase of research on Mars for Curiosity can now begin,” said James L. Green, the director of NASA’s planetary science division (via NYTimes). As exciting as the shots of the red planet and some of the science points gathered have been, now is when the fun really begins he said.

It’s taken a bit longer than expected to reach Mount Sharp due to needing to divert around areas which could have irreparably damaged the rover, but it’s there now and ready to begin its studies. How long it will operate from now on though is as dependant on budget as it is on its ability to survive the harsh environment.

So far the Curiosity rover has cost over $2.5 billion, though Green said in his announcement that the next year of work ‘only’ cost $59.4 million.

KitGuru Says: Chances are the public at large won’t care too much about Mars missions until humans are going there, but it’s still amazing when you realise that Curiosity is over 225 million miles away.

Previous British ISPs continue blocks against Pirate Bay proxies
Next Spinosaurus walked on all fours, hunted on land and in water