The discovery of a new dinosaurs on a Welsh beach could help palaeontologists understand the evolutionary path taken by dinosaurs to become some of the most iconic  of the terrible lizards. Living some 200 million years ago, dracoraptor hanigani, could well be one of the early prototypes for the velociraptor, which wouldn't come about until much later in the Cretacious period.

The reason dracoraptor is so signficant, is because it is one of the oldest Jurassic dinosaurs ever discovered, which means it came after the crucial near-global extinction event that took place at the end of the Triassic period. By surviving that, dracoraptor was part of the many species that quickly expanded into the missing parts of the food chain previously wiped out by the event. 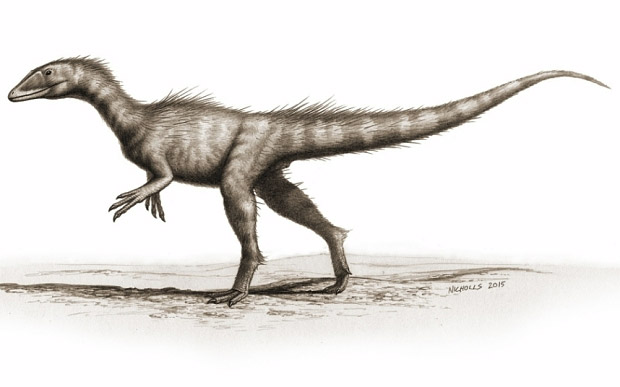 “In the early Jurassic because at that time dinosaurs were just starting to diversify,” said paleontology curator at the National Museum of Wales, Cindy Howells (via Reuters). “They'd only just evolved, but the continents were in such a position it was favourable, the warm climate, and this is just when we were getting that evolution of different types of dinosaurs, meat-eaters were just starting out on the journey they made toward the Velociraptor and Tyrannosaurus that we have in the Cretaceous period.”

It is thought that dinosaurs like this one hold clues as to what allowed certain species to survive the end of the Triassic period and what other species may have evolved into throughout the ensuing millennia.

The dracoraptor researchers managed to dig up is around 40 per cent complete. There are elements of its skull, claws, teeth and feet all now preserved and well cared for. From this information paleontologists have managed to deduce that it was probably juvenile, but still measured in at around two metres in length. It was also bipedal and ate meat, probably smaller rodents and lizards.

Aged to just shy of 200 million years ago because of the rock it was discovered in, this skeleton could hold many more clues about the period, with research ongoing to figure out anything else that can be extrapolated from its remains.

KitGuru Says: Of course much like just about every dinosaur discovered or detailed since Jurassic Park was released, dracoraptor was probably festooned with features and other unfossilised elements that we can only speculate about. While we're at it, the velociraptor was about the size of a chicken. Bummer huh?