Space X's latest launch of a Falcon 9 rocket with the Dragon supply capsule payload went off without a hitch last week. At least, in that it achieved orbit and successfully docked with the international space station to deliver much needed food, science experiments and other important tools for the astornauts to make use of. When it came to landing the first stage booster on Space X's drone barge however not all went to plan and now we have an image of what it looked like after the rocket exploded. 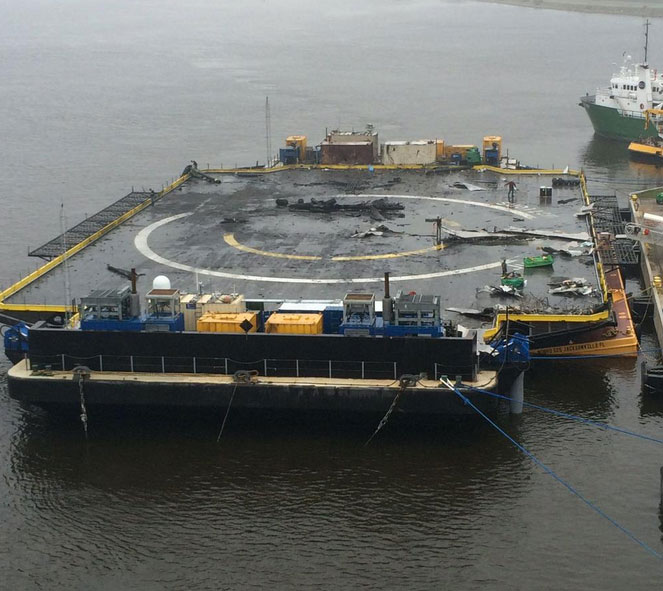 The image shows the barge's bullseye-like landing zone, along with debris from the booster which actually came quite close to landing perfectly. After completing its suicide burn, it was able to touch down gently on the pad. However, due to a stuck throttle valve, the booster came in with too much lateral velocity, so when it touched down, it overloaded one of the legs and from there it was only a matter of time before it toppled over.

In the video above, posted by Space X founder and CEO Elon Musk, you can actually see the Falcon 9's RCS thrusters attempt to stabilise the rocket, but it's not enough and within just a few seconds it falls to the floor and explodes; quite spectacularly.

KitGuru Says: It's good to see that the explosion didn't damage the barge too much. There's now a two month wait until the next launch. Hopefully Space X will have fixed the valve issue by then and we'll see our first successful landing.