Home / Channel / Science / If NASA was a travel agency…

If NASA was a travel agency…

Even though the private industry looks set to overtake NASA in the race to dominate the endless blackness outside of our own little world, here's hoping that the space agency and its international counterparts continue to push the boundaries of what's possible, rather than resorting to more commercial ventures. Still, if it did, chances are it wouldn't do a half bad job at it – at least in terms of marketing.

NASA's Jet Propulsion Laboratory has produced a series of stylistic posters, promoting travelling to new worlds. The first one, released back in mid-December is for a relaxing trip to Kepler-16b, which is a gas giant similar to Saturn, that's made up of as much gas as it is rock and ice. Thanks to its twin stars, it would give you a double shadow too, wherever you went. 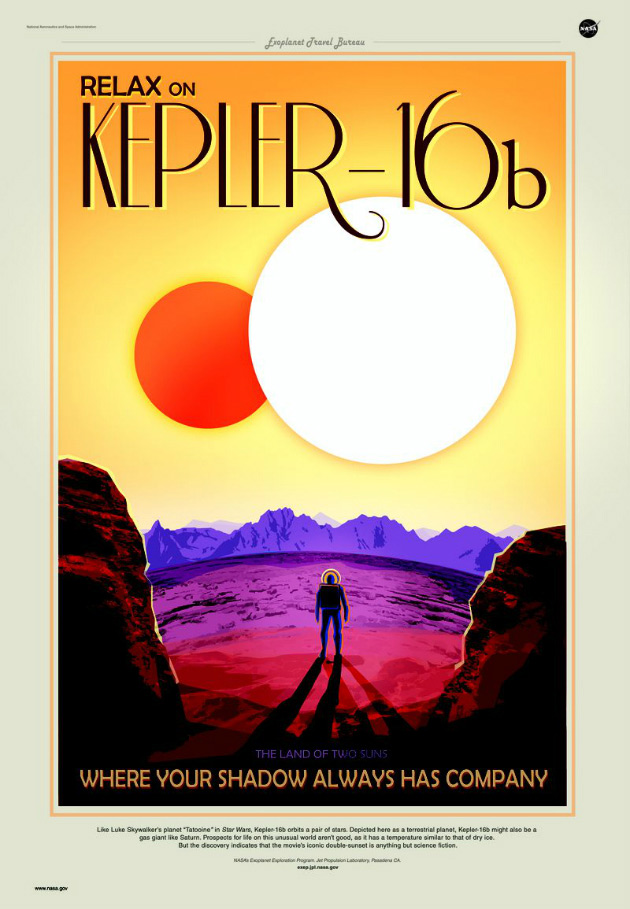 If that doesn't strike your fancy though, perhaps you'd like to head to super earth, HD 40307g, which at only 42 light years away is pretty close in terms of galactic and universal distances. While we don't really know if you'd have much of a surface to stand on – it's not clear whether it's made up of thick layers of gas and ice, or rock – it would make for a great planet for training athletes, thanks to its high gravity. 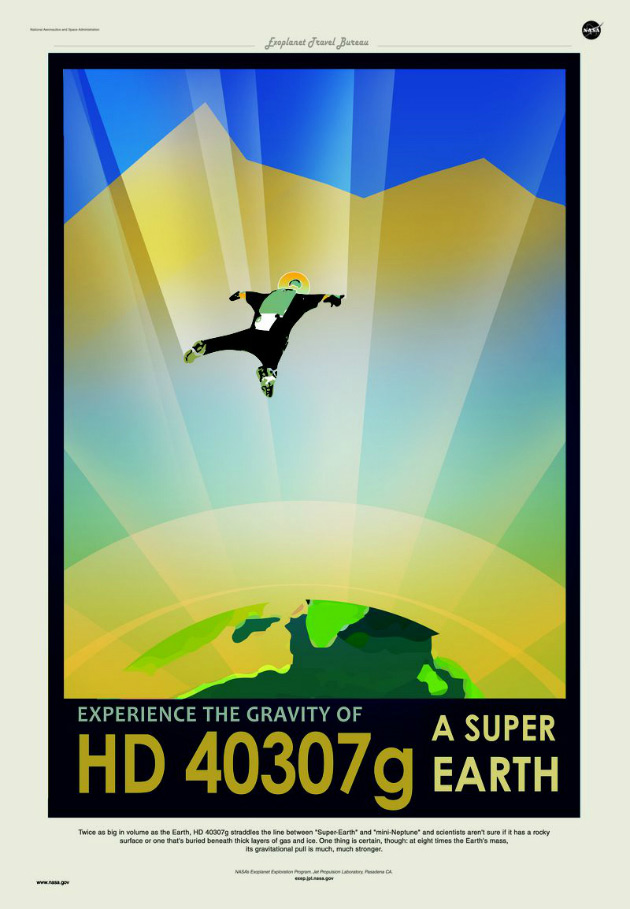 Finally, the latest suggestion from NASA's intergalactic travel service will take you far further from Earth, all the way to the orbit of star Kepler 186. On planet, Kepler-186f, you'll likely find flora with a distinctive red hue, thanks to its proximity to its dwarf star host. 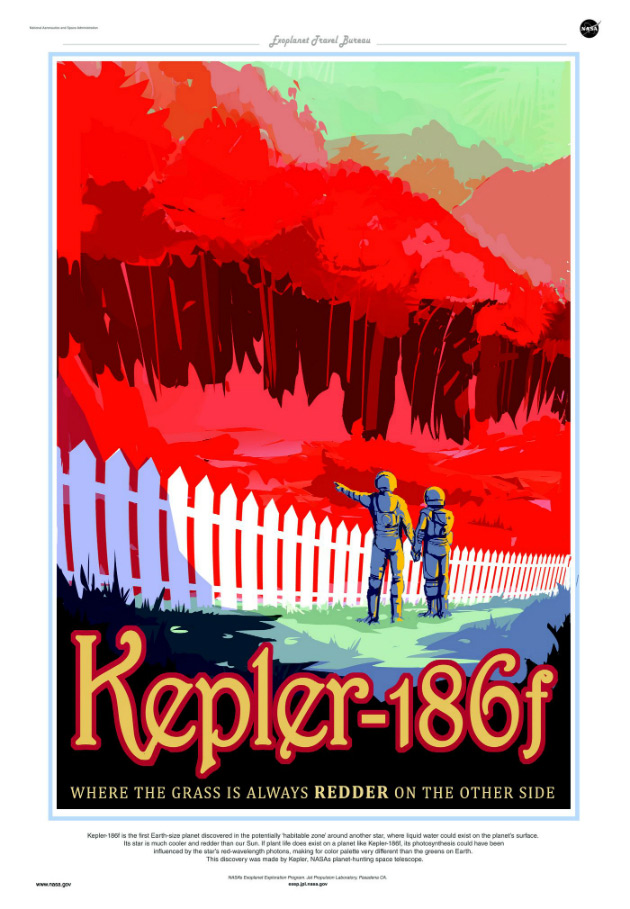 Despite Kepler-186f's distance from us however (500 light years) it is probably one of the more habitable planets out there for human life, since it rests within the Goldilocks zone and was the first to be discovered as such last year.

KitGuru Says: These kind of make me wish for a sci-fi future Bioshock. With less combat – easily the worst part of Infinite.