‘Impossible’ EM Drive will soon have its first space test

The radio frequency resonant cavity thruster, otherwise known as the electromagnetic drive, or EM Drive, that so flummoxed scientists around the world over the past couple of years, is set to have its first test in space in the coming months. It’s creator has booked a flight aboard a CubeSat at some point in the near future.

The EM drive was first proposed by Roger Shawyer in 1999, to much derision. The very idea of creating a drive that can propel something without fuel being exhausted, contravenes Newton’s third law of motion, in that for every action, there is an equal an opposite reaction. 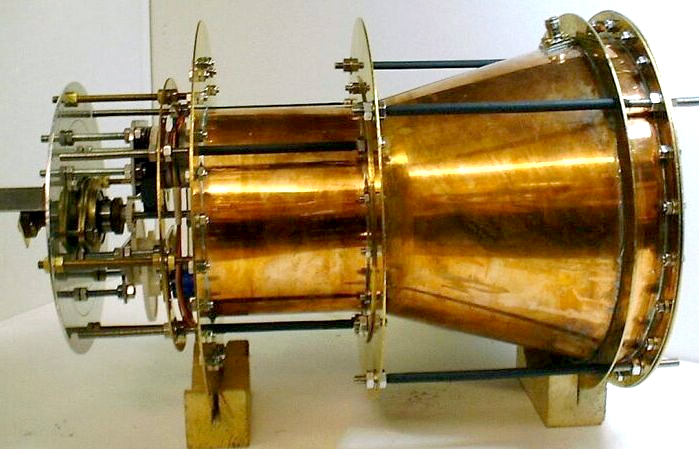 Despite being seemingly impossible to physics as we understand it, Shawyer’s idea was picked up by American inventor and chemical engineer, Guido Fetta and his drive proposed as a viable propulsion system a few years ago. Surprisingly though, people started to say it works. So in 2014 NASA took a look and even more surprisingly, couldn’t find much fault with it.

In fact, there’s a lot of evidence to suggest we are on the cusp of a peer reviewed study being released by NASA (via DigitalTrends), which explains what tests were completed on the drive and what methods were used, which allows other scientists to attempt to recreate the results. That would lend a lot of credence to the drive and would likely accelerate plans to test it in space itself.

If successful, the EM drive could change space travel almost overnight. With enough electricity, we could travel to new planets in weeks, rather than months or years and potentially even consider sending denizens to new stars.

KitGuru Says: Propulsion without fuel would likely have huge ramifications here on Earth too. It’s probably going to turn out that this is all nonsense, but if it doesn’t, it could change everything.