It's good that the New Horizons Pluto flyby went off (almost) without a hitch, as recent missions into the inky blackness of space haven't been quite so successful. The most recent failing was an explosion of Space X's CRS7 resupply mission to the ISS, which exploded during the first stage rocket separation. Since then we've been waiting on preliminary findings to figure out just what went wrong and now we have some data to back it up.

To make sure we understand it all too, the man who taught most of us how to science it up in Kerbal space, Scott Manley, has released a video explaining what the finest scientific minds think happened. 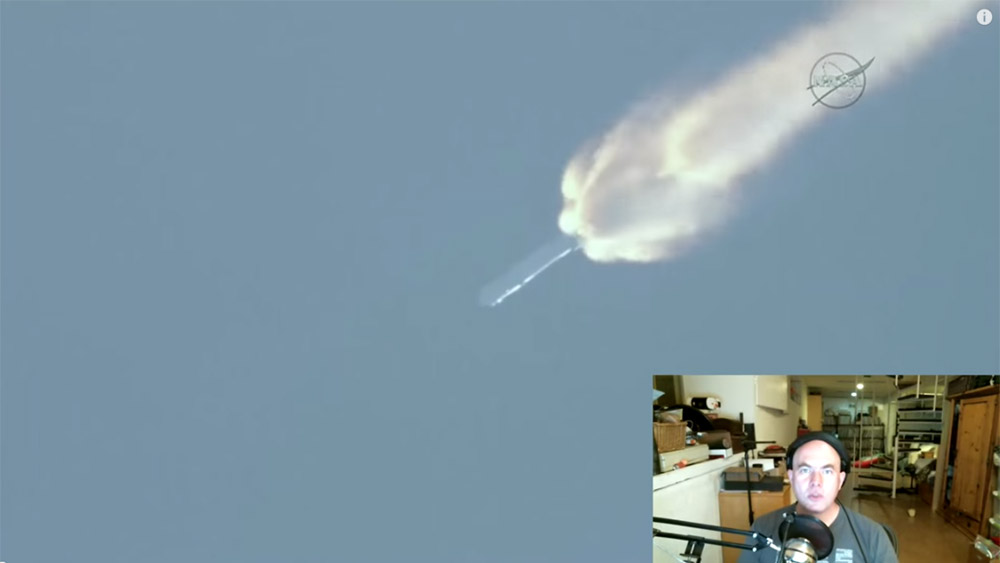 If you listen closely, you can hear his heart break at the moment of explosion

The findings were released by Space X CEO Elon Musk earlier this week and they mostly backed up earlier claims that an ‘overpressure event' within the second-stage's oxygen tank led to a leak and ultimately an explosion, which isn't something you want anywhere near your multi-million dollar space craft.

This ‘event' took place it seems, because one of the liquid helium cannisters within the liquid oxygen tank – which are used to maintain pressure within the tank as the oxygen is burned – became detached from its housing inside the tank. This is because one of the struts which holds the cannister in place, broke off. This was surprising, as they are manufacturered (by a third party) to withstand as much as 10,000 lbs of force. However in further testing, Space X discovered that some of them would fail at just 20 per cent of that.

Which funnily enough, is around the force thought to have been applied when the Space X Falcon 9 rocket reached 3.2 g of acceleration.

In the following few hundred milliseconds, the cannister flew from its housing, struck the interior of the tank and ruptured itself, dumping a large amount of liquid helium into a tiny space (just two per cent of the liquid oxygen had been burned off) which quickly ruptured the main tank as it overpressurised.

Moving forward, Space X seems likely to find a new supplier for its struts and will no doubt be stress testing any and all that it uses before building them into its space craft in the future.

KitGuru Says: The MS Paint diagrams really make this much easier to understand than you might otherwise imagine. Manley has quite the habit of doing that with everything from real life rocketry, to Kerbal missions to far flung places. If you haven't been able to figure out KSP, his series of videos really are a must-watch.