The Large Hadron Collider (LHC) has broken a lot of records in its day and it can now tick another one off of the list, by producing the highest-energy, human-made, particle collisions, breaching 13 teraelectronvolts (TeV). To put that into perspective, the movement of a mosquito is about one TeV and the LHC researchers managed to pack 13 times as much energy into single proton collisions.

These collisions were in reality tests, to make sure that key components of the 17 mile long particle collider will be protected from particles that stay from the edges of the beam during testing that will take place in June. It’s an important process, since the reason that the LHC previously faced so much downtime was because there was “a problem with the super conduction magnets interconnections,” said one researchers in the LHC AMA held this week. This meant that the collider could only be ramped up to four TeV per beam. Now it can handle 6.5 and the team wants to go even further. 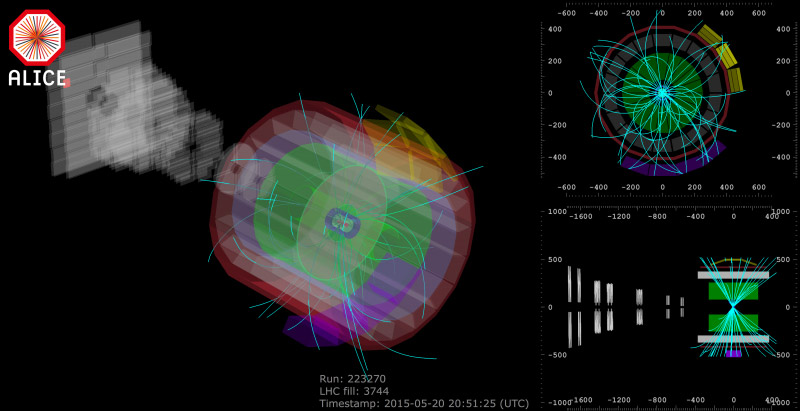 It’s believed that the LHC will be able to hit 14 TeV for centre of mass collisions in the future, so part of the next year’s worth of testing and design tweaks will involve making sure that it’s safe to operate at such high energies.

This is however the physical limit imposed by the current size of the collider’s circumference and the ability for the magnets to stand up to the high ampage of the current running through them. As it stands, they already handle up to 12,000 amps. One theorised proton-proton accelerator would see a ring built that was around 100 KM in circumference and would be able to handle up to 50 TeV per beam.

KitGuru Says: While many people may wonder why such experiments as the LHC’s particle collisions take place, one of the CERN researchers left a great explanation that’s worth reprinting in its entirety:

“In 1800 the study of electricity and magnetism were considered an highly theoretical study with no practical uses. at most was used for circus shows. once understood by means of theory and experiments it shaped the modern world. Try to think how could you live without electricity. The research we are carrying out at CERN may seem far from everyday life today however will bring forward our knowledge of the natural phenomena and it has already practical spin offs. For instance accelerator technology is used for inoperable cancer surgery and as you may know the software protocol that powers the web was invented at CERN.”

Remember that next time someone wonders aloud why we would ‘risk’ creating miniature black holes.