Chances are we're going to colonise inhospitable environments in our own solar system long before we look to do so anywhere else, but that doesn't mean we can't dream of landing craft on worlds where much more acceptable gravity and temperatures won't make it such a pain to get up in the morning. In an announcement that included the 1,000th planet discovered by the Kepler space telescope, NASA also stated that it had found the most Earth-like planet yet, making it currently, our best hope for a secondary home world or one inhabited by life as we know it.

The planet in question has been called Kepler-438b, and while 12 per cent larger than Earth and potentially as much as 40 per cent warmer, it orbits the habitable zone of a red-dwarf star and is thought likely to be rocky too, so there is the potential for life there. The key word there is potential, as at this point we have no idea what the planet is made up of. It will remain hard to fact check that too, as it's 475 light years away, meaning that we won't be checking it out in first person any time soon. 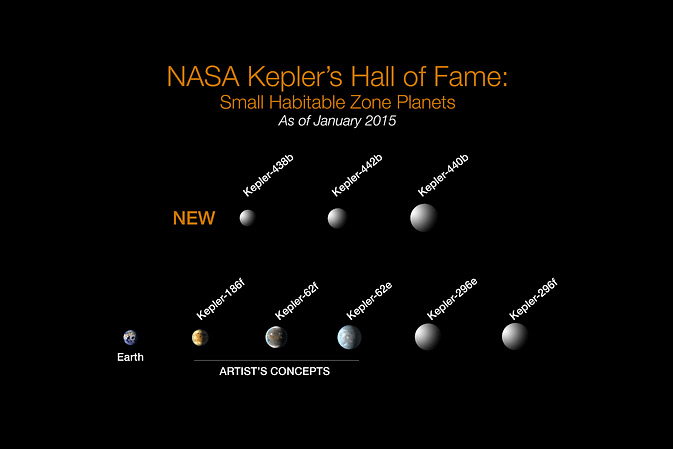 In terms of other comparisons with our own home world, Kepler-438b sees in the new year a lot more often than we do, as it orbits its host star every 35.2 days. Its big similarity however, is that it exists in what's called the circumstellar habitable zone or Goldilocks zone, which essentially means that the exoplanet (a planet that does not orbit our sun) is far enough from its star that it is able to hold water without it evaporating, but isn't so far that it's permanently frozen.

However, while 438b and its potentially habitable cousin, the 1,100 light year distant Kepler-442b, may be within this habitable zone, they may not be entirely Earth like.

“From the Kepler measurements and the other measurements we made, we don't know if these planets have oceans with fish and continents with trees,” said Dr Caldwell of the SETI program to BBC News.

In reality, what we're able to take into account through measuring a star's light output as a planet passes between us and the stellar body, is how big the planet may be and what its potential composition is. In the case of these two worlds, chances are they're rocky due to the amount of light blocked by their passing. Whether they're truly rocky though or whether they have liquid oceans, is something that our current technology doesn't allow us to test for.

KitGuru Says: It's hard to comprehend the sheer size of space. Even if we sent a message at light speed to one of these worlds, it would take hundreds and in some cases thousands, of years to arrive.