Effective body armour has always been important for those in combat scenarios, whether they're knights of old or modern day soldiers, but it almost always comes at the cost of weight and manoeuvrability. Often times too, as effective as modern armour is, even if a projectile doesn't penetrate, its impact can still cause grievous wounds. That's why a newly created, non-newtonian liquid based body armour may be the new standard for the future.

In the above Reuters report, we see Polish firm Moritex showcasing the abilities of its relatively secret liquid. While we don't know what it's made of, the results of its strange properties are plane to see. When force is applied to it, it hardens, quickly losing viscosity when that force is no longer applied. This means that in the event of being hit by a bullet, it is able to take the impact and dissipate the force through the liquid, largely reducing the force felt by the wearer. 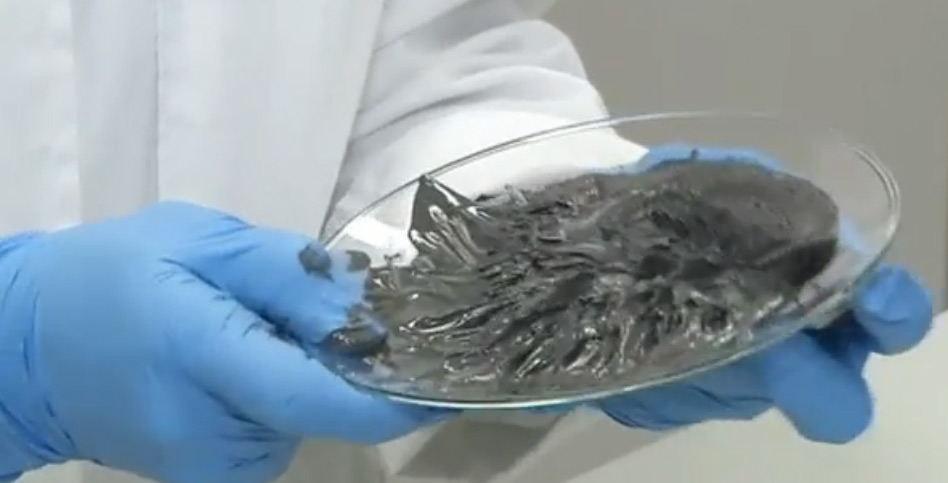 This is either great bulletproofing technology, or the first Venom symbiote

Moritex's director claims that his company's technology should eliminate entirely, injuries related to non-penetrative damage from firearms, because it was able to reduce the “deflection from four centimetres to one centimetres.” Prototype vests using the new material have already been tested as capable of stopping a variety of projectile based weapons.

Vests using the new liquid will be going on sale soon we're told, though other uses may eventually be found, such as in car bumpers or motorway barriers.

KitGuru Says: Although this does reduce the chance of us having mega-armoured Space Marine like super-soldiers in the future, perhaps a sleek, Crysis like bullet proof suit wouldn't be a bad plan either.