Yesterday Space X once again sent up a Falcon 9 rocket to deliver a payload into Near Earth Orbit. That all went to plan, but on attempting to recover its fourth first-stage booster rocket in a row, a problem during the landing caused a rapid unscheduled disassembly (RUD), which in layman terms means it exploded in quite impressive fashion. 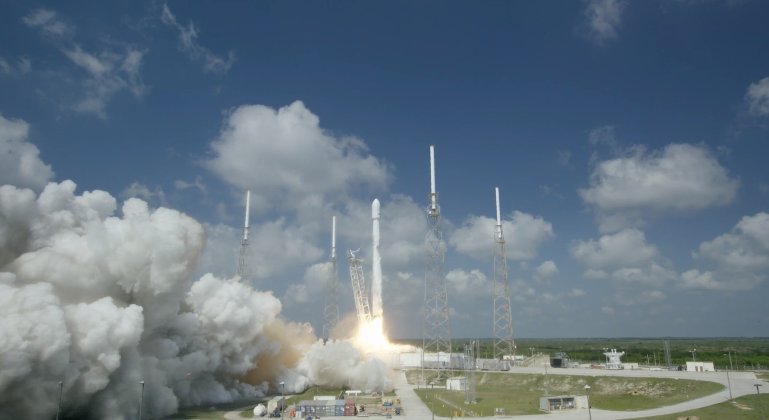 We don't have video of the event just yet – that's coming soon. However what we do have is confirmation of the RUD from Space X CEO Elon Musk himself, who explained that a problem with one of the three landing engines caused low thrust, which meant that the rocket simply came in too fast and not at the correct angle.

Ascent phase & satellites look good, but booster rocket had a RUD on droneship

It purportedly hit the droneship hard too. Harder than any previous explosive landings we're told, but the droneship itself remains unharmed. She's a sturdy girl.

Moving forward Musk says that Space X is working on a new system whereby in the event something like this happens again, the other engines can compensate. He expects that particular Falcon 9 upgrade to be in place by the end of the year. .

Landing video will be posted when we gain access to cameras on the droneship later today. Maybe hardest impact to date. Droneship still ok.

In the mean time though, while the booster recovery operation didn't quite go to plan, the real aim of the mission – to put the EUTELSAT 117 West B and ABS-2A satellites into orbit – went perfectly. Space X even released a short video of the second satellite being released into its new geostationary orbit and it looks like something right out of a movie.

Second of two satellites being deployed into proper orbit with today's launch https://t.co/XcHFBPEyfk

KitGuru Says: Look at that lens flare in that clip. Abrams would be proud. Shame about the booster landing not sticking, but considering Space X hoped to have an 80 percent landing rate by the end of the year, it's not that far off with just one failure so far in 2016.