Space X wants to get back on the horse by November

Space X has announced its intention to begin Falcon 9 rocket launches again as soon as November this year. This news comes after a recent catastrophe that saw one of the rockets explode on the Cape Canaveral launch pad, taking with it a $200 million Facebook owned satellite, as well as damaging the launch pad.

It was just under two weeks ago that Space X’s latest Falcon 9 rocket, undergoing fuelling for a test later that day, exploded, taking the entire rocket and its payload with it. It was a stark reminder that space travel is not easy and knocked confidence in the commercial space venture. However Space X is looking to rebound quickly, rather than face extensive delays like it did after its last unplanned rapid disassembly. 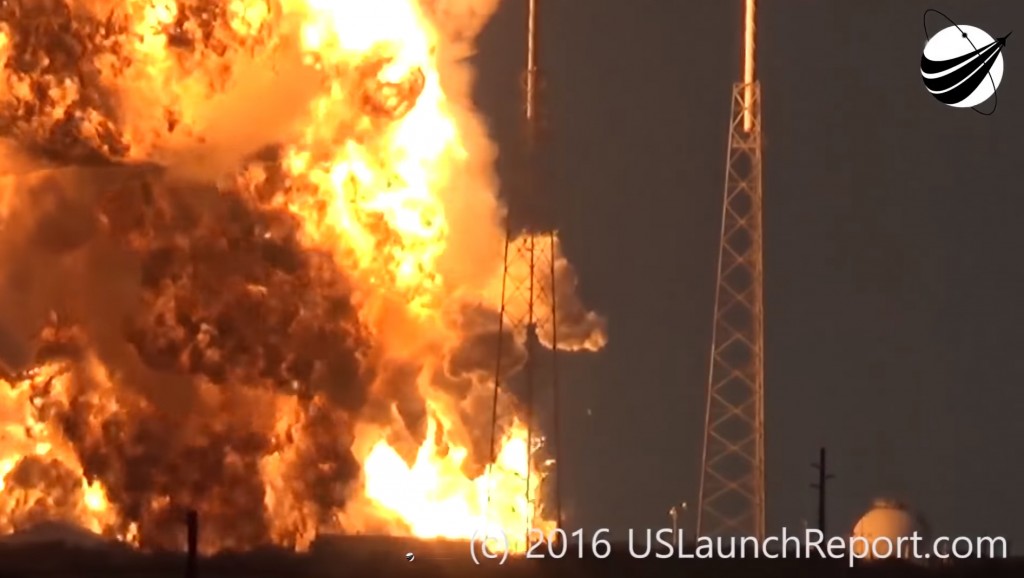 The explosion was quite spectacular. Source: USLaunchReport

While both NASA and the Air Force have been quiet about the damage to the launch pad after this recent accident and what kind of repairs might be necessary before another rocket can be launched there, Space X itself seems confident of the November date. That could well be because it may use another NASA launchpad for its next rocket firing, rather than waiting for repairs, as per WSJ.

Space X plans to eventually have three active launch pads in the future. The idea there is not only to give it back ups in the case of incidents like this, but also so that when it attempts to launch the Falcon Heavy rocket for the first time, perhaps later this year, there will be room for each of the first stage boosters to return to Earth safely.

Now that launch has purportedly been pushed back to Q1 2017.

In the mean time Space X will continue trying to figure out how it was that the recent Falcon 9 explosion occurred. Company CEO Elon Musk called it the most “difficult and complex failure,” that had ever taken place. It was most confusing since the explosion occurred during fuelling, when no engines were running.

If you have audio, photos or videos of our anomaly last week, please send to [email protected] Material may be useful for investigation

Space X is even requesting anyone with their own footage of the accident to send it in, in the hopes that it will help identify the root cause.

KitGuru Says: I’m pretty excited to see the Falcon Heavy launch when it does eventually take place. It’s been a while since a rocket of that size was launched and if it can land the boosters back safely, that will be a real milestone in commercial space development.