Wii U sales are ‘steady’

The Wii U has been a ‘steady' seller according to the end of year reports. Sales however are not as strong as the previous generation of Nintendo console.

The Wii U is very important to the Nintendo revenue stream over the coming years, and Nintendo President Satoru Iwata spoke to Reuters. He said “At the end of the Christmas season, it wasn't as though stores in the U.S. had no Wii U left in stock, as it was when Wii was first sold in that popular boom. But sales are not bad, and I feel it's selling steadily.”

Iwata wasn't forthcoming on the details of sales or possible forecasts but he focused on the point that Nintendo need to develop attractive software for the console to get new users invested in a purchase.

The company did claim that they aimed to sell 5.5 million Wii U consoles by the end of March 2013. Wii U, the successor to the Wii, went on sale on November 18th in America. They claimed to sell 400,000 of them in the first week. The Wii U can now be bought in Europe, Japan and Australia.

Figures show that sales in Japan totalled 638,339 between December 8th and December 30th.

Sales of the Wii U have been higher for the premium model, which sold out in many places. The lower cost model was left on many store shelves.

Iwata said “It was the first time Nintendo released two models of the game console at the same time … and I believe there was a challenge with balancing this. Specifically, inventory levels for the premium, deluxe package was unbalanced as many people wanted that version and couldn't find it.” 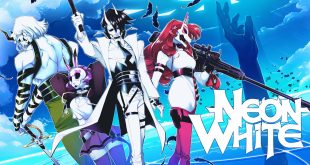