Without doubt, Aerocool has been one of the better success stories over the past few years. From being a company best known for entry level ‘piano black finish' cases and front panels for controlling fan speeds, they have now established themselves as a creator of chassis that really stand out from the crowd – both in terms of colour range offered and feature set. KitGuru was given an exclusive interview with Tom Naughton, head of AOne Distribution, who bring Aerocool into the UK.

Tom Naughton has brought more chassis into the UK channel than anyone else – with total sales of more than 5 million units.  It's worth considering that number for a second. A large UK system builder might produce something like 25,000 systems a year. To use 5 million cases would take them 200 years. Impressive stuff. Did we mention that, in his spare time, Tom is a champion racing driver?  No doubting his perspective or competitive nature, let's see what he can reveal about what's coming next.

Watch via our VIMEO Channel (Below) or over on YOUTUBE HERE.

KitGuru says: From the outside, there seems to be 2 schools of thought operating at Aerocool right now. One side wants to pivot back to the simplistic chassis of old, while the other is determined to establish a vibrant brand with strong connections into the gaming community. With Tom's help, we hope that the second group succeeds. 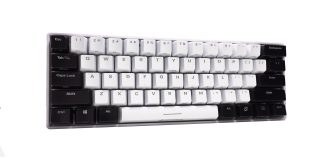