Cooler Master usually has a lot to announce come Computex, and this year has proved no different with a range of new cases and power supplies announced. These include new Silencio chassis, a mini-ITX H-series case and Cooler Master's new Thermal Enhanced Platform for its PSUs. 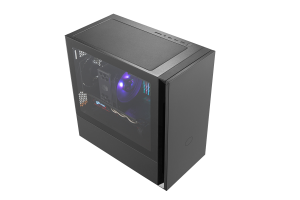 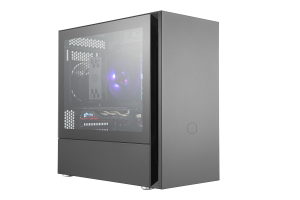 Starting with the new cases, Cooler Master has announced two additions to its Silencio family that was first launched back in 2011. These are the S600 (ATX) and S400 (mATX). As the name suggests, these cases are focused on minimising noise as much as possible, to the extent Cooler Master worked with Sorama to deploy ‘unique high-resolution acoustic cameras', enabling Cooler Master to tailor specific dampening materials to certain parts of the case to better reduce noise and target certain sound frequencies. We don't know too much about this yet but Leo will on hand later this week to tell us more. Both cases will be available June 18th, with pricing between $79-89 for the S400, and $89-99 for the S600. 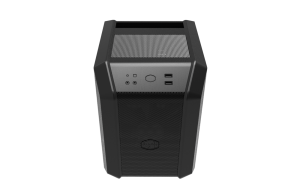 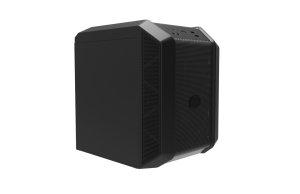 There's also a new mini-ITX H-series case, the MasterCase H100. H-series is the spiritual successor to HAF (high air flow) so it is no surprise to see another 200mm RGB fan used here – despite the case's diminutive cube-like appearance – while there is also plenty of mesh and a built-in handle to add to the case's portability factor. Pricing is set at $59 and the H100 will be ready to buy come 9th July.

In other case news, Cooler Master has also announced new Black Editions of its MasterCase SL600M and Cosmos C700P, with the former priced at $199 and the latter $299.99.

The big news from Cooler Master about its power supplies is its new Thermal Enhanced Platform (TEP). Rather than using an OEM for its new power supplies, Cooler Master worked on the design in-house, and it claims ‘TEP was built to deliver high efficiency with noticeably better thermal performance. This is achieved through a number of innovations such as a redesigned DC-to-DC circuit, a newly developed high efficiency transformer, and machine soldering.'

TEP has been used as the basis for three new models – XG Gold Essential, XG Gold Advanced, and XG Gold Plus. No details have been released about these yet, but functioning prototypes will be available at Cooler Master's stand, so stay tuned for that. 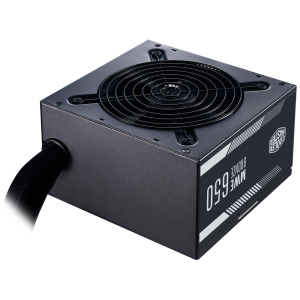 KitGuru says: We don't have too many details yet, but stay tuned for our hands on coverage from Cooler Master's stand coming later this week.