Companies always come into the technology market with a range of products. You can normally expect a wide variety of colours, shapes, sizes and design philosophies. Not so much with Xigmatek. Everything, including the personnel, seem to be built to military grade. We caught up with Xigmatek’s Marketing, Engineering and R&D guru, Tony Sahin to get the inside track.

Originally started in 2005, with its headquarters in Taipei and main design centre in Germany, Xigmatek really began to make an impression on the world with the HDTS963 heatsink – reviewed 4 years ago on Frostytech. So why did this cooler grab so much attention?  Well, flipping it over, reviewers immediately noticed that the Xigmatek design team had done away with the traditional baseplate. Instead the heatpipes were in direct contact with the CPU (give or take some thermal paste).  The cooler ranked high, but – more importantly – the increased efficiency of the direct contact heatpipes and a good choice of fans, meant that it was quieter than the best coolers on test. Prophetically, the reviewer stated that the direct contact method would be followed by all the major cooling manufacturers. We think we know what happened next.

That’s the history, but what about the ‘now’.

Well, at a busy Computex 2011, Xigmatek guru Tony squeezed us in for a quick update.

“We’re so proud of the Elysium chassis”, said Tony. “It has been designed for the high-end and no mistake”. Looks that way to. In all four formats.

Go on Tony, hit us, how much does this thing weigh?

If you wanted to get hands-on with a Xigmatek chassis, where are they sold?

Tony replied, “Right now, we’re in Europe, North America and Asia, so it’s easy to get products like the Elysium there. We’re considering other regions all the time”.

We also saw a bunch of functional looking coolers – maybe we’ll get some of those into Zardon’s Torture Test rig soon enough. But what does the future hold?  When can we expect to see more of this new stuff?

With a smile, Tony replied “I’m working on a brand new roadmap right now. It will have a lot more products than we’ve ever had before”.

“Should be ready for the press around the last week in July”, said Tony. “We’ll be in mass production in plenty of time for a busy Q4!”

KitGuru says: We’ll keep a close eye on these guys in the coming months and make sure that we grill the new kit as it arrives in Europe. Can you have too many high-quality manufacturers?  Nope – we don’t think so either. 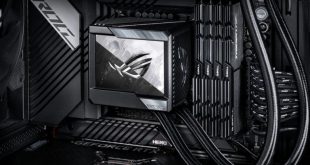