Lian Li has developed a new prototype case, the PC-A51. It's an aluminium chassis and comes from the same line as the popular PC-A05N but before it goes into production, Lian Li would like some consumer feedback to make sure the case is as good as it can be.

Kitguru readers are a smart and helpful bunch, I can't think of anyone better to ask. Take a look at these pictures of the prototype:

As you can see, this case does a few things differently. It puts the power supply at the front, allowing the chassis to be smaller while also allowing system builders to take advantage of all the space available.  The case also has support for 240/280mm radiators, has increased cable management with 30mm of space behind the motherboard tray and a new tool-less HDD bay system that allows for both 2.5″ and 3.5″ drives.

If you have some ideas, recommendations or general changes that you think might work better then you can let them know over on Lian Li's blog post or on its Facebook page.

Kitguru Says: It's always nice when a company looks for feedback from users before launching, it's a win win for everyone involved. What did you guys think of the new prototype? What's your favorite chassis? 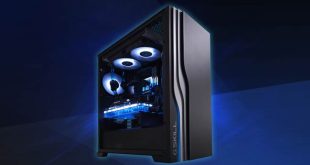