Home / Component / Cooling / Static pressure vs airflow fans – is there a real difference?

Static pressure vs airflow fans – is there a real difference?

To get accurate data from comparing the static pressure fans to the airflow models, it was very important I devised a scientific and easily repeatable test. Most importantly, however, any test would have to be relevant to the average consumer – so using a £5000 custom watercooled PC would not have been the smartest move, for example.

Accordingly, I devised a simple test where the only changing variable was whether I used a static pressure or an airflow fan. Here’s what I did:

First, I built the system for testing in the Kolink Aviator V chassis. This case features three fans out-of-the-box, with two fans intaking at the front of the chassis. This means our components are supplied with a good amount of air. In the system I used an Intel i7-5820K, MSI X99A SLI Plus motherboard, 16GB of Panram Ninja V DDR4, a Sapphire R9 285 ITX GPU, an OCZ Trion SSD and a Corsair RM750x PSU.

As for the all-important CPU cooler, I decided to pick two – the Cooler Master Hyper 212 LED air cooler, as well as the Arctic Liquid Freezer 240 all-in-one liquid cooler. This way we can assess whether static pressure vs airflow fans makes much difference whether you are using a radiator or a more typical heatsink tower.

To get a temperature reading, I ran Prime 95’s (version 26.6) Small FFTs test for 10 minutes before noting down the maximum CPU temperature. I also used an NZXT Grid+ V2 fan controller to lock all the system fans – CPU and chassis fans – to a 50% speed, ensuring PWM control does not influence the testing today. 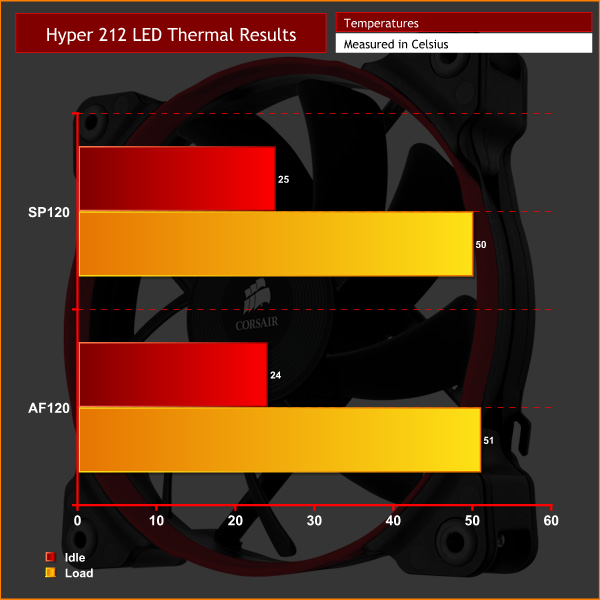 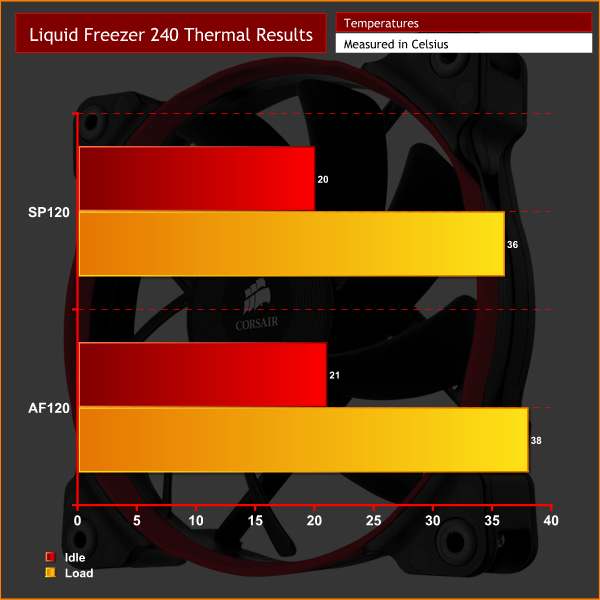