Measuring in smaller than a credit card (76x48x15mm), the OCTO, named after the 8 fan outputs it boasts, also has 2 RGBpx channels to connect Aqua Computer’s RGBpx LED products or other of the compatible LED products from third-party manufacturers. Each of these 2 RGBpx channels can handle up to 90 LEDs. 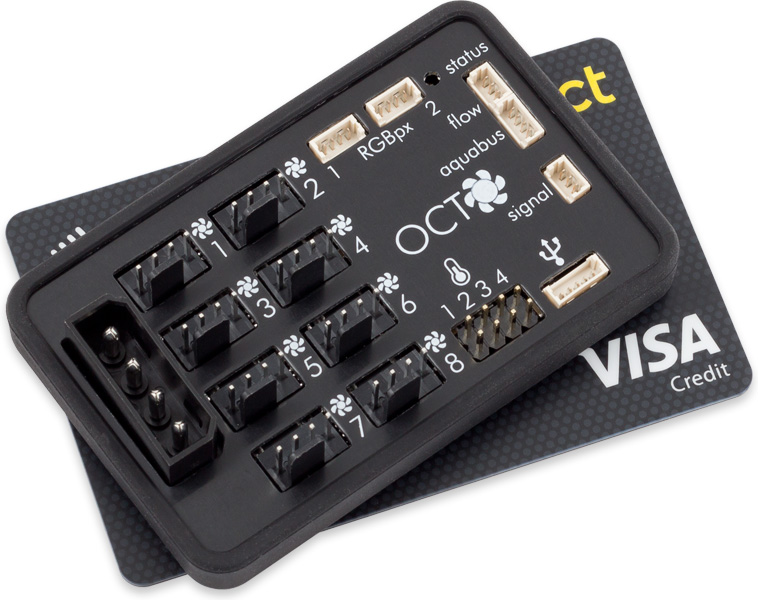 On the outside, the housing is made of anodised aluminum with a rubber surround. To mount the controller, the rubber band and the aluminum panel have to be removed. Below the panel, the controller’s board comes with a 2.5-inch standard hole spacing that can be attached to a 2.5-inch bay or put on the top/bottom of an SSD.

Each of the eight channels can be switched off and deliver up to 25W, up to a total maximum of 100W due to the power limitation from the PSU’s cables. Each channel also has overload protection, preventing damage to the fans.

If you want to know more about the OCTO, you can check the Aqua Computer forum post HERE.

KitGuru says: Do you need an 8-fan controller in your system? What do you think of this one?