Following the success of the company’s Freezer 34 coolers, Arctic is updating the series with the Freezer 35 range. There are four variants of this cooler, each with two models: one for Intel processors and the other for AMD chips.

All Freezer 35 coolers feature a P-series 120mm PWM fan, which can rotate up to 1700/1800 RPM, depending on the cooler version. The heatsink used for these coolers is identical across all SKUs, featuring the same compact design to increase RAM compatibility. Each heatsink contacts the CPU TIM via four heat pipes. 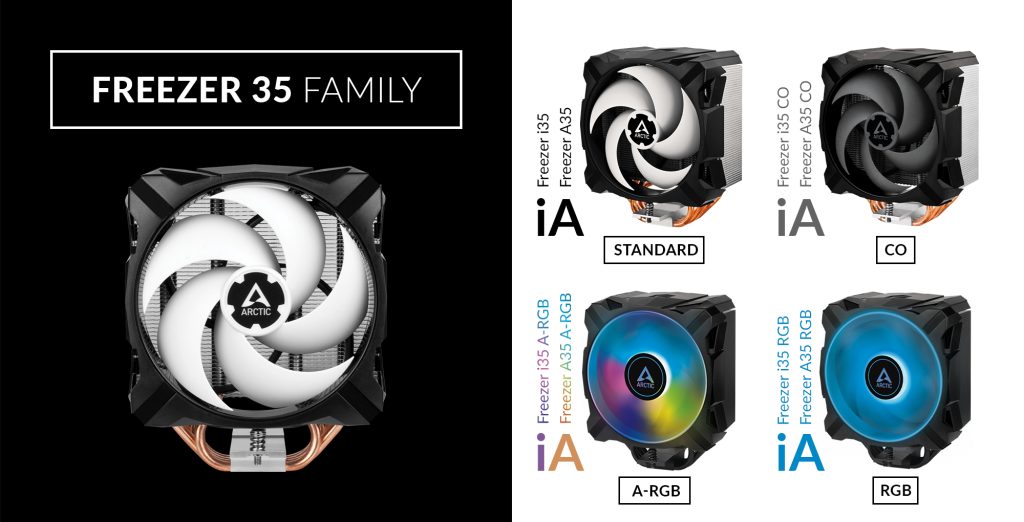 Arctic tells us the mounting system for the Freezer 35 was improved to offer a simple process, using spring-loaded screws to optimise contact pressure and even the distribution of the pre-applied MX5 thermal paste. Installation gets even more accessible as Arctic sells specific AMD and Intel-compatible coolers, reducing the amount of accessories packaged with each product.

KitGuru says: Which Freezer 35 cooler version would you use on a system for yourself?