Corsair's H-series AIO liquid coolers have been a favourite amongst PC builders for years now. This year, the company is revamping its line-up with compatibility for the latest Intel and AMD sockets, including LGA 1700 and the upcoming AM5 socket.

From today, new H100i RGB Elite, H115i RGB Elite and H150i RGB Elite AIO liquid CPU coolers will ship with legacy compatibility for previous CPU sockets, as well as new sockets, like LGA 1700 and AM5, aiming to deliver first-class airflow for the latest processors for gamers and enthusiasts. 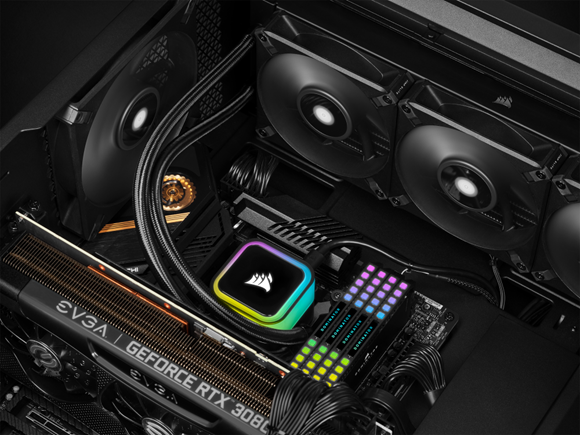 The table below shows each new Corsair AIO cooler, along with specs, features and pricing:

These coolers all ship with AF ELITE Series fans, which are now available separately in single-fan kits, so you can replace your other case fans too and match up with the CPU cooler. Each fan uses anti-vortex vanes to direct a narrow stream of air towards your components. Each fan also has a durable fluid dynamic bearing to keep noise levels low, and PWM control, so you can set your own fan-curve and speeds.

The H100i RGB ELITE, H115i RGB ELITE, and H150i RGB ELITE will be compatible with AM5, the next-generation AMD motherboard socket, which uses the same cooler bracket as AM4. With that in mind, if you are happy with your current cooler, or already have a Corsair RGB Elite Series AIO, you won't need to buy a new one when upgrading.

KitGuru Says: Are many of you planning a new PC build this year? Will you be opting for a Corsair AIO cooler, or will you be going with another brand?