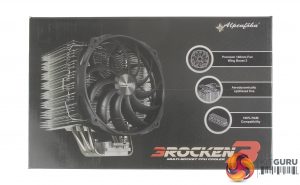 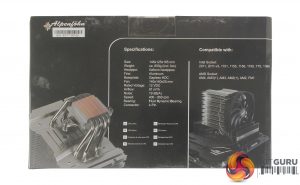 The Brocken 3 ships in a black box, with the front featuring a large image of the cooler and some key details such as fan information, and the 100% RAM clearance compatibility. The rear of the box provides much more detailed specs, socket compatibility, and information for the included Wing Boost 3 140mm fan. 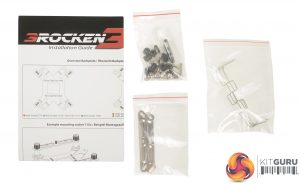 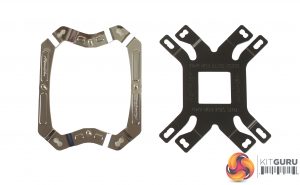 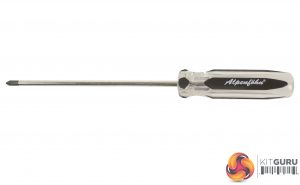 Opening up the box you are first greeted with an installation guide and instructions, and a long Alpenföhn screwdriver which will be required for installation. Mounting hardware is supplied for most current Intel and AMD mounts, and in terms of accessories alongside the included screwdriver you also receive thermal compound  and four fan clips. 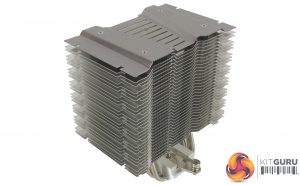 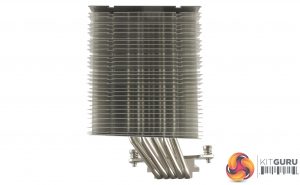 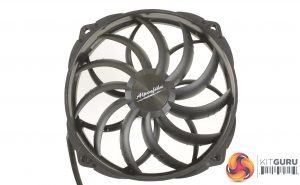 Taking a look at the cooler itself, to me it almost has a kind of classic car or hotrod aesthetic. The asymmetric design definitely feels a little quirky and gives you an impression of speed. The cooler also features a brushed aluminium top plate, with a sort of pearlescent paint finish. In some light, it came across a little blue, and in others a little more pinky purple. It’s a very subtle finish which was actually really hard to capture on camera.

The included Wing Boost 3 fan feels solid and features four rubber anti-vibration sections pre-installed, with the PWM cable is also sleeved. The cable also features a Y splitter at the end which is also a really nice addition, allowing you to connect a second fan to the same motherboard 4 pin connection.