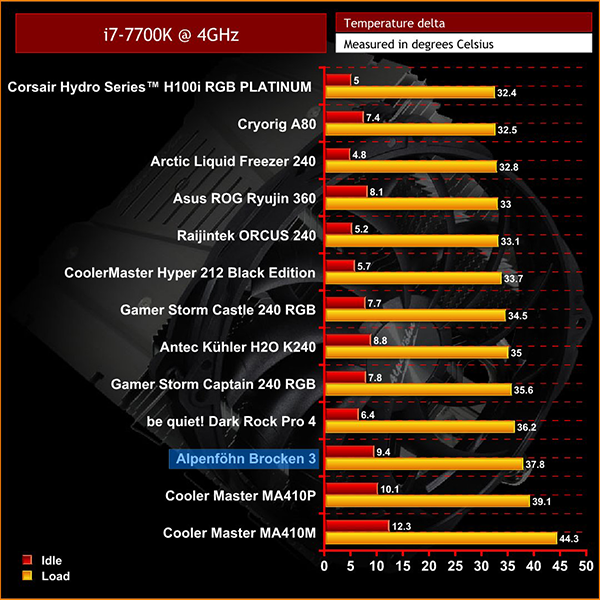 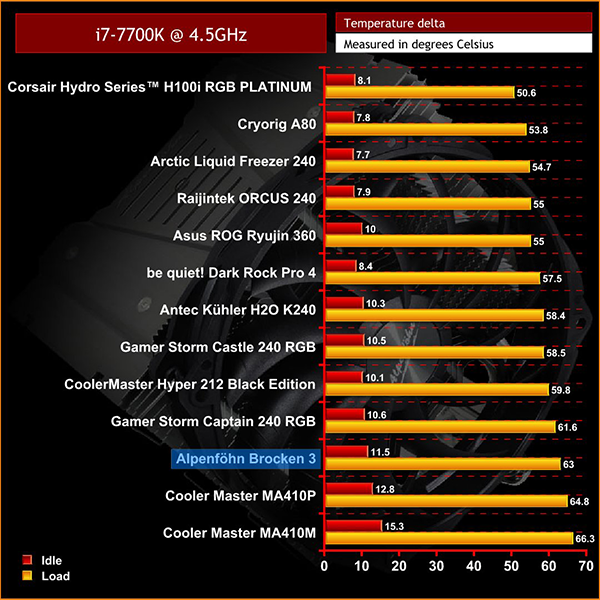 At 4.5 GHz, results are very similar in terms of where the Brocken 3 ranks across the coolers we have tested, still sitting close to both the Cooler master MA410P and MA410M. Both load and idle temperatures are generally fine, although certainly not the best we have seen so far. 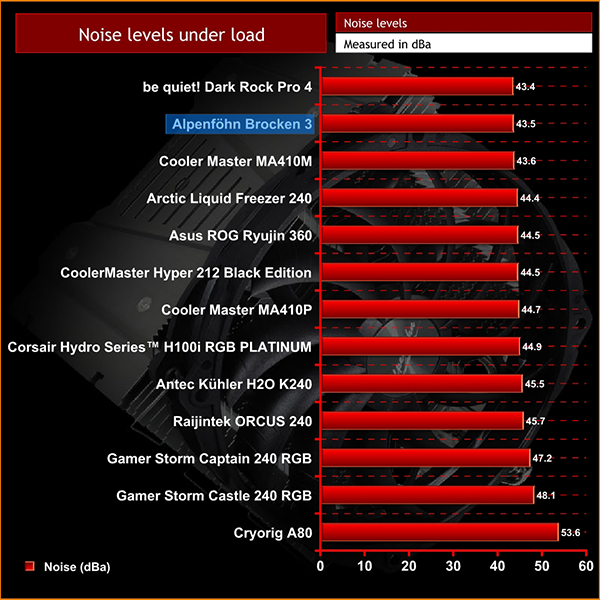 Countering these slightly higher temps, however, is audible noise. Taking a look at our noise levels under load really shows the Alpenföhn Brocken 3’s strengths as it is the second quietest cooler tested, coming in just behind the Dark Rock Pro 4, and only just missing out on the top spot. This basically is a bit of a trade-off, as in testing the Brocken 3 didn’t necessarily provide the best cooling performance but it was consistently one of the quietest coolers tested.

The Wing Boost 3 fans are basically tuned for low noise, however, as its speed ranges from 400 to 1050rpm, so even at max speed it not super fast when compared to something like the ML120 Pro fans included with the Corsair H100i RGB Platinum which max out at 2400rpm.