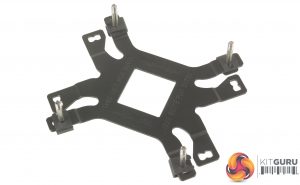 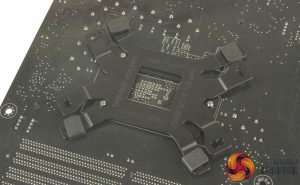 The asymmetric design is pretty intriguing when it comes to how the cooler will mount. As with most coolers, this starts with the backplate. Setting this up is pretty easy, the side of the backplate that touches your motherboard is dependent on whether you are mounting for Intel or AMD, but once you have it oriented correctly, you just need to pass four long screws through the backplate, and secure them with the four included plastic clips.

As we now test using a Z170 motherboard socket LGA1151, the installation process below reflects this. 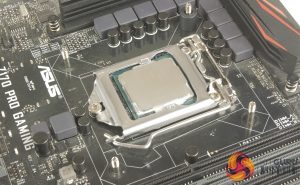 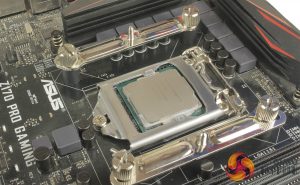 The cooler has a mounting plate pre-fitted to the CPU block, so with the bracket mounted, you just need to add some thermal compound and place the cooler over your CPU. 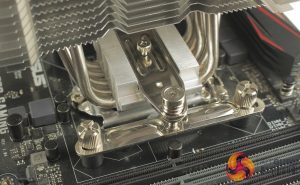 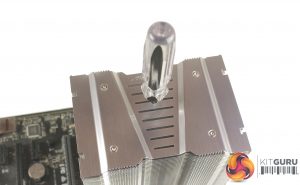 The included long screwdriver then comes into play, there is a small pass-through running down the cooler for you to access the more central screw which is nice and convenient, and the second mounting screw easily accessible at the “front” of the cooler. With the cooler firmly mounted, you just need to add the fan to the front with the included clips and plug the 4 pin PWM connector into your motherboard CPU fan header.

There are quite a few stages to the process so it is definitely worth consulting the install guide, but overall a pretty simple process. The asymmetric design also makes total sense with the cooler installed, you have no issues whatsoever with RAM clearance, with the fan installed you still have quite a bit of space before it would come into contact with your memory modules.