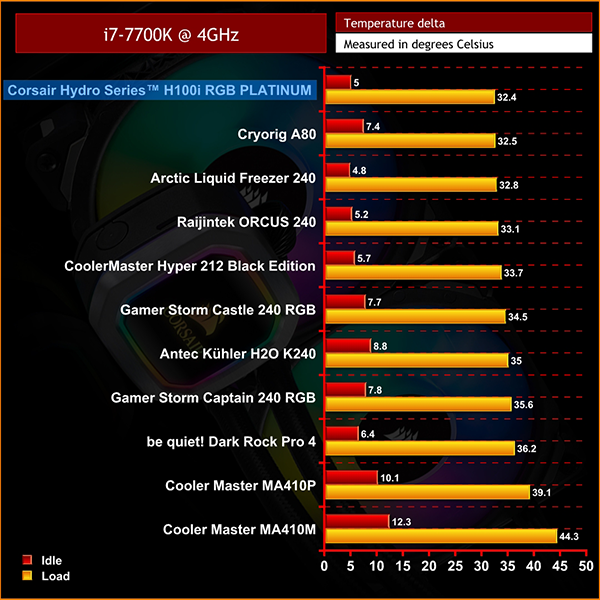 It is worth mentioning that to ensure consistency in our testing we elected not to connect the included fans to the iCUE software rather directly to our test motherboard with a 4 Pin PWM splitter. This is to ensure that our testing is as fair as possible, and more consistent with previously tested coolers which do not depend on software.

At 4Ghz locked in the coolest cooler tested, even compared to the 280mm Cryorig A80, and generally the lowest temps across the board. This is quite staggering, and after a number of passes to ensure the accuracy of these results they came back the same with maybe a degree or so of difference. 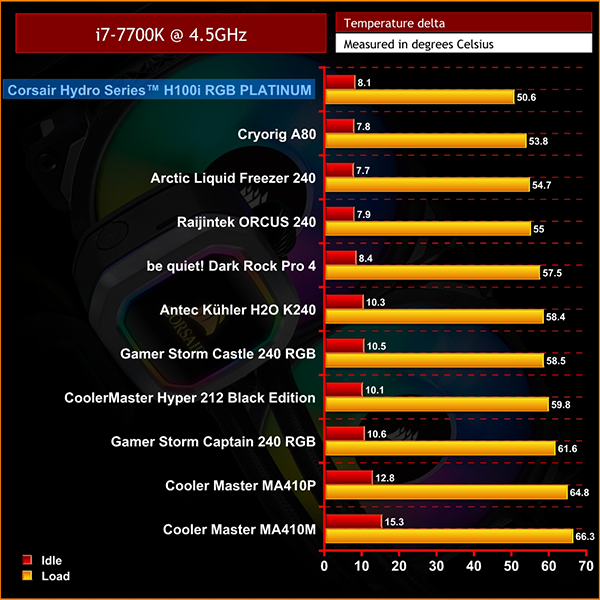 Moving up to our 4.5GHz overclock, the same results follow. Even when overclocking the Intel 7700K, we still see super low temps, just above 50 degrees at full load.

Our idle temps are a little higher at both 4GHZ and 4.5GHz but it’s really hard to excuse these load temps. For performance the H100i Platinum is the best for temperatures for both at stock, and when overclocking. 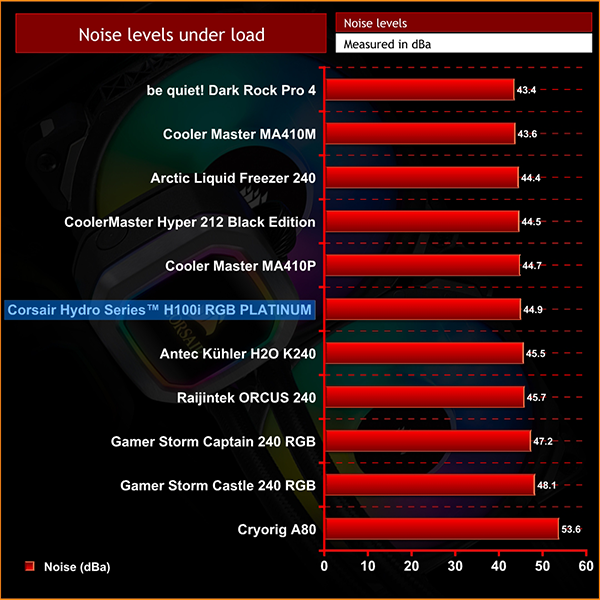 Temperatures may be great but at the sacrifice of lower audible noise. The H100i although great with temperature, is a little louder than previously tested coolers at 44.9 DBA. In my testing, I will admit that at idle, the H100i was barely audible, and actually had me running over to our bench on a couple of occasions to make sure it was still on.