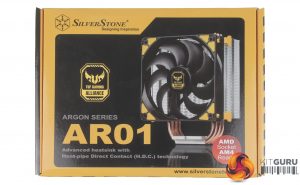 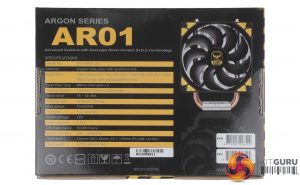 Taking a look at the box, it’s clear SilverStone is really pushing the industrial design with black and yellow accenting throughout. The front of the box displays a clear picture of the cooler itself, as well as a TUF Gaming Alliance logo.

The rear of the box covers the specifications of the cooler. In the box, we find an installation guide and a number of accessories, starting with the TUF branded 120mm 4 pin PWM fan, and a bunch of mounting hardware for current AMD and Intel mounts. 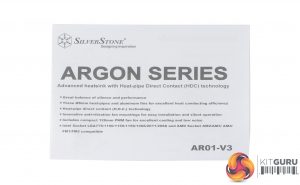 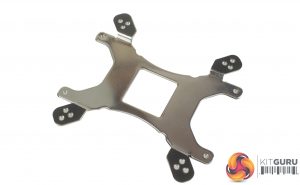 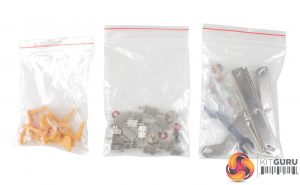 A closer look at some of the included accessories shows a number of pretty strange looking rubber parts. Both the adhesive pads and rubber mounts are actually part of a patented SilverStone fan mounting solution. 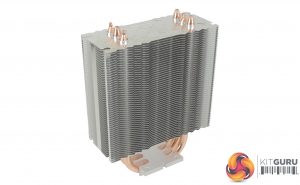 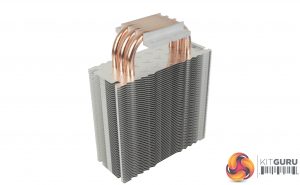 The cooler itself looks and feels pretty solid with a diamond cut aluminium top plate, which fits in really well with the TUF industrial design. It’s a pretty good looking piece of kit, and shouldn’t cause any compatibility issues with cooler dimensions (without the fan) coming in at 120mm (W) x 159mm (H) x 50mm – so pretty standard for a 120mm fan cooler. 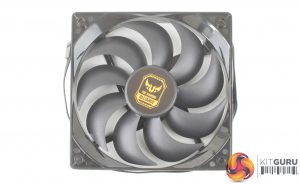 As the AR01 V3 is the third iteration of the AR01 cooler, you would expect there to be some improvements over past designs, and you would be correct. Although the heatsink shares the same aluminium fan design and three copper heat pipes as the V3’s predecessor, the new updated TUF style fan varies with its RPM range, as it is rated at 600 – 2200 RPM vs the previous AR01 V2’s 1500 – 2500RPM. In theory, this should make for a quieter cooler, but this is something we will have to check during testing.