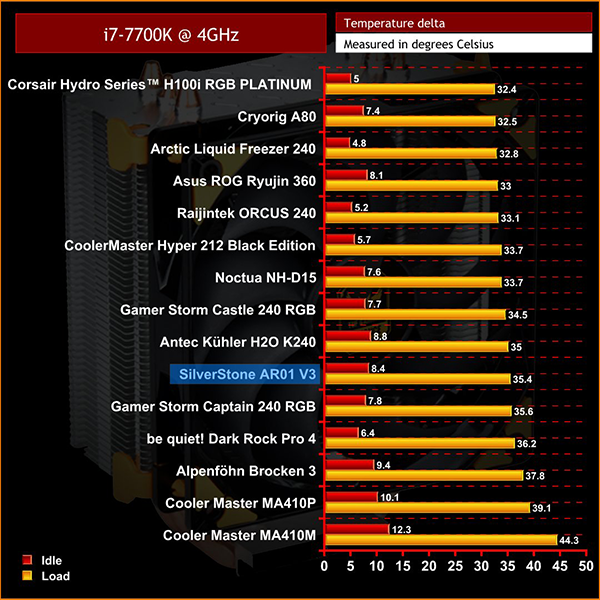 With our 7700K locked in at 4GHz, performance is pretty reasonable with the AR01 V3 surpassing a few similar air cooling options from Cooler Master like the MA410P and MA410M by a few degrees, both at load and idle.

It does, of course, fall short when compared to many of the liquid coolers previously tested but this is understandable considering its £30 price point. Interestingly, its closest competitor in terms pf pricing, the Hyper 212 Black Edition, still edges ahead both at stock and idle temps. 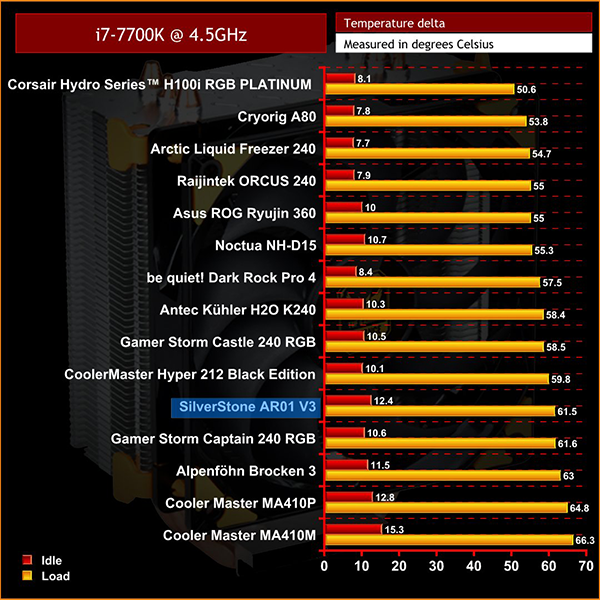 At 4.5 GHz it’s a very similar pattern, although the AR01 V3 does move down a place on our chart, as the Dark Rock Pro 4 moves up. The gap does close quite a bit between the AR01 V3 and the Hyper 212 Black Edition, with both coolers sitting next to each other. The 212 still offers slightly better performance at both idle and load however. 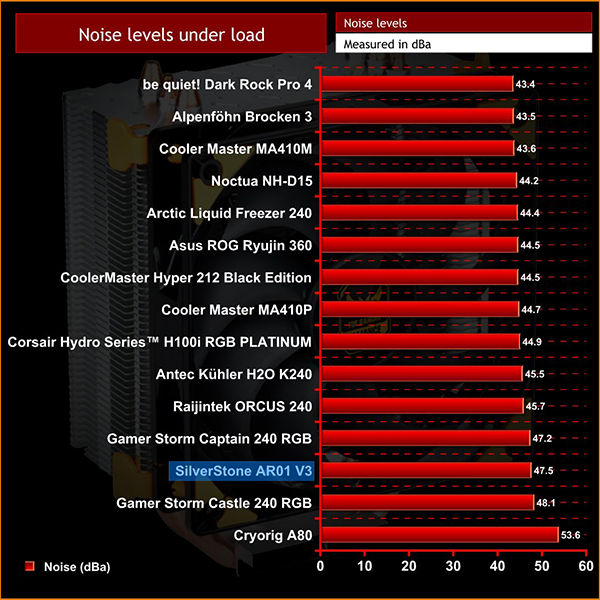 Noise levels under load are where the AR01 V3 falls a little short which is a shame considering how well the Hyper 212 Black Edition performed in our previous tests. With the AR01 V3 on our test bench at load, it was quite noticeable and did seem to move up and down in RPM quite frequently. Checking temps during our testing, it seemed that the fan would run at full speed – 2200 RPM – for periods of time which obviously helped cooling, before then slowing down – causing the temperatures to spike up again, and then the speed would ramp up again.

From our testing, temperatures are still pretty good for a budget 120mm cooler, but it is let down a little with noise levels at 47.5 dBa.