Our recent review of the Silverstone Sugo SG07 stirred a lot of interest with our readers and I received emails asking if it would be possible to passively cool a high performance processor in this chassis. KitGuru seemingly has a core audience of readers who loathe noise, with a vengeance.

In our continued efforts to focus on cooling we decided to revisit this brilliant chassis and to figure out if this would be possible, without too many compromises.

In our original Silverstone Sugo SG07 review we focused on high end video cards and overclocked our Core i5 processor and today we are going to find out if it is possible to remove as many fans as we can and still have a stellar media PC with gaming capabilities.

As we have had so much success with Noctua coolers in the past, such as their class leading Noctua NH D14 (dubbed by KitGuru as the ‘Austrian Sandwich') we decided to give Noctua a call to find out if they had a cooler that would fit in this chassis and something more substantial than the Thermaltake Slim X3 we used before. The Silverstone Sugo SG07 is a reasonably sized media chassis, but we found that most of the bigger coolers won't fit into it with a 117mm height limitation and we also found that even graphics cards such as Sapphires fabulous HD5670 Ultimate Edition were too tall also.

Noctua offered their new NH U9B SE2 which is a revamped follow up to the hugely successful original cooler which received over 100 awards when it was originally released. The new SE2 version is designed with HTPC's in mind and adds support for 1156 and 1366 motherboards with the new SecuFirm 2 multi socket mounting system. The unit is also supplied with two high quality 92mm NF 89 premium fans. 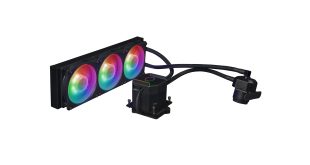