AMD Opteron “Warsaw” 6300-series central processing units will feature two six-core or eight-core dies to provide a total of 12 or 16 x86 cores based on the “Piledriver” micro-architecture. The new microprocessors pack 12MB or 16MB L2 cache, 16MB of L3 cache, quad-channel DDR3 memory controller (with support for up to 1866MHz clock-rate), four HyperTransport 6.4GT/s links and so on. The chips are compatible with socket G34 (LGA1944) infrastructure and can work in 2P or 4P configurations.

The code-named “Warsaw” chips feature a number of chip design optimizations implemented to improve their power efficiency compared to the “Abu Dhabi” multi-core CPUs that make them more competitive in certain segments of the server market. The new processors are made using 32nm SOI process technology by GlobalFoundries, just like their predecessors. 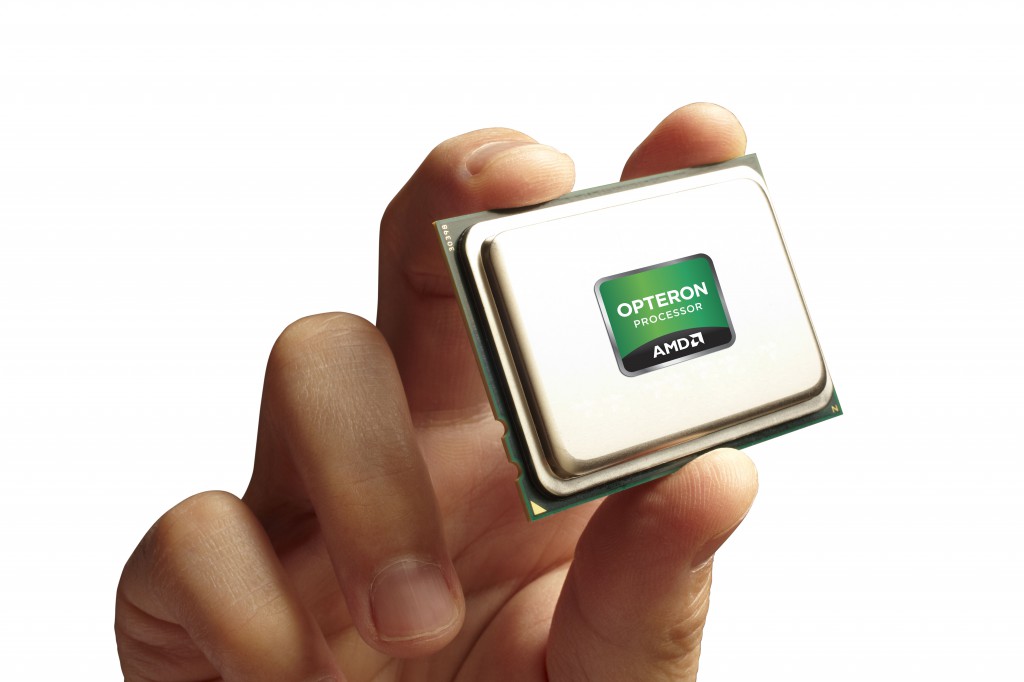 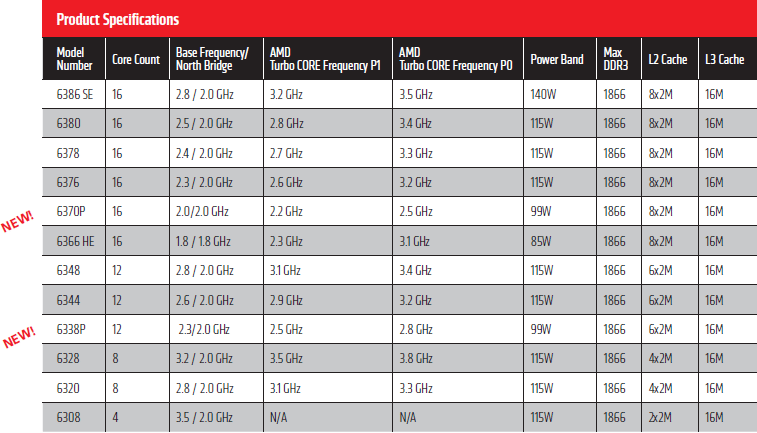 The first two processors from the “Warsaw” family look like specially-configured chips for particular customers and systems. It is expected that eventually the family will be expanded and then it will be interesting to see by how much AMD will be able to cut power consumption of its high-performance Opteron 6300-series and microprocessors that currently sport 115W – 140W thermal design power. Alternatively, AMD will be able to boost clock-rates of chips aimed at the higher-end of the server market.

The new AMD Opteron 6338P and 6370P processors are available today through Penguin and Avnet system integrators and have been qualified for servers from Sugon and Supermicro at a starting price of $377 and $598, respectively.

KitGuru Says: While AMD can win new server designs with the Opteron “Warsaw” microprocessors, it is hardly unlikely that the chips which are essentially over a year old can help the company to regain any significant part of the server market in general.