Intel Corp. plans to release two new generations of Xeon central processing units for uniprocessor (UP) servers and workstations next year. The chips will be based on the code-named “Broadwell” and “Skylake” micro-architectures and are expected to feature improved performance, integrated graphics, power efficiency as well as memory controllers.

Intel Xeon E3-1200 v4 processors based on the “Broadwell” micro-architecture (“Broadwell-H” 4+3e design) will feature four cores with the Hyper-Threading technology, large L3 cache, GT3e graphics engine with 128MB eDRAM cache as well as dual-channel memory controller that will support up to 32GB of memory, reports CPU World. The chip will feature LGA1150packaging and will be be drop-in compatible with existing “Denlow” platforms based on the Intel C220 core-logic. It is expected that the Xeon E3 v4 chips will be available in mid-2015, about the time when the high-end code-named “Broadwell” chips for desktops are expected to hit the market.

Intel Xeon E3-1200 v5 processors based on the “Skylake” micro-architecture (and the “Skylake-S” 4+2 design) will feature four cores with the Hyper-Threading technology, large L3 cache, GT2 graphics engine as well as dual-channel DDR3/DDR4 memory controller that will support up to 64GB of memory. The chip will come in LGA1151 form-factor and will be compatible with “Greenlow” platforms based on the Intel C230 core-logic. Intel’s Xeon E3-1200 v5 CPUs are expected to become available in the second half of 2015, but it is not clear when exactly.

Like other processors based on the “Skylake” micro-architecture, the Xeon E3-1200 v5 chips will support technologies like AVX 3.2 (512-bit instructions), SHA extensions (SHA-1 and SHA-256, secure hash algorithms), MPX (memory protection extensions), ADX (multi-precision add-carry instruction extensions) and other innovations, which will be especially useful for servers. 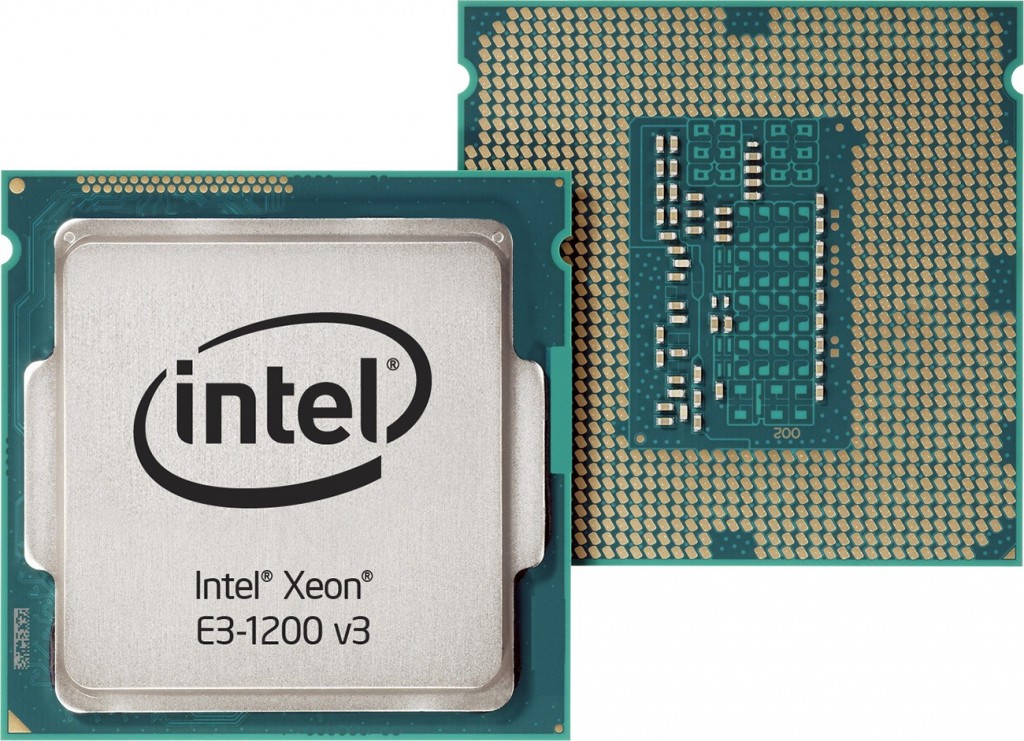 Intel Xeon E3-1200 central processing units for single-socket servers and workstations are based on the silicon that powers enthusiast-class Core i7 and Core i5 processors, but feature ECC memory technology as well as some other functionality. Since high-end “Broadwell” and “Skylake” chips are due next year, it is not surprising that similar Xeon E3-1200 v4/v5chips with server features will also hit the market in 2015.

Both “Broadwell” and “Skylake” microprocessors are made using 14nm process technology.

KitGuru Says: While quad-core Xeon processors for uniprocessor servers and workstations can absolutely hit the market in 2015, it looks like chips with higher amount of cores and support for dual-processor configurations will be delayed and will be available only in 2016. Now, let’s try to guess how long will it take Intel to roll-out Xeon E7 v3 processors for mission-critical multiprocessor servers with 20+ cores made using 14nm fabrication process? Will we see them in 2017, three years after the Xeon E7 v2 “Ivytown”?