A British auction house has managed to sell a rare Apple I computer for $905,000, almost double the $500,000 it was expected to go for. The winning bid came from the Henry Ford Museum, which said that it will put the 1970s era machine on display for the public.

Museum president, Patricia Mooradian said: “Similar to what Henry Ford did with the Model T, Steve Wozniak and Steve Jobs put technology directly in the hands of the people with the creation of the Apple-1, completely altering the way we work and live.” 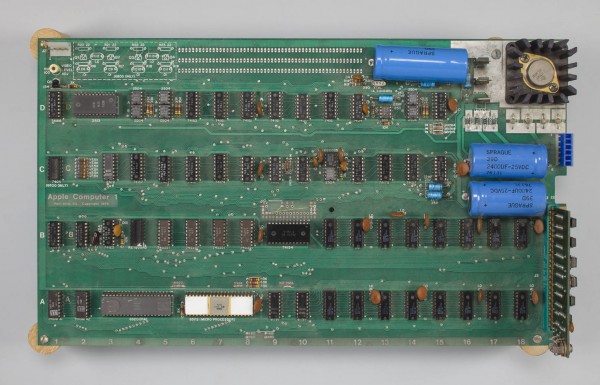 Mooradian then went on to explain the Apple I’s historical significance, stating that it was key to the foundation of the digital revolution. Steve Jobs and Steve Wozniak hand-built the Apple I’s in 1976 and sold around 200 of the systems to fellow tech enthusiasts for $666.66 each. The machines weren’t particularly successful but the money generated went on to fund the creation of the Apple II.

This very particular Apple I was part of a batch of 50 that Wozniak built for a local computer shop.

KitGuru Says: The high bidding price makes sense since it is coming from a museum, they tend to pay out big money for rare bits for display pretty often.