A web-site has published complete specifications of Intel Corp.’s upcoming “Skylake-U” microprocessors for low-power laptops. The new central processing units will have thermal design power of around 15W and promise to significantly increase performance of ultra-thin notebooks.

As reported, Intel will release its code-named “Skylake-U” processors in September. The Core i-series lineup will consist of five models: Core i7-6600U, Core i7-6500U, Core i5-6300U, Core i5-6200U and Core i3-6100U. In addition, there will also be one Pentium and two Celeron chips in the family, reports FanlessTech. The new CPUs will feature two cores with or without Hyper-Threading technology, integrated Intel HD Graphics 520 or 510 adapter, 4MB, 3MB or 2MB cache as well as dual-channel DDR4/DDR3L/LPDDR3 memory controller. 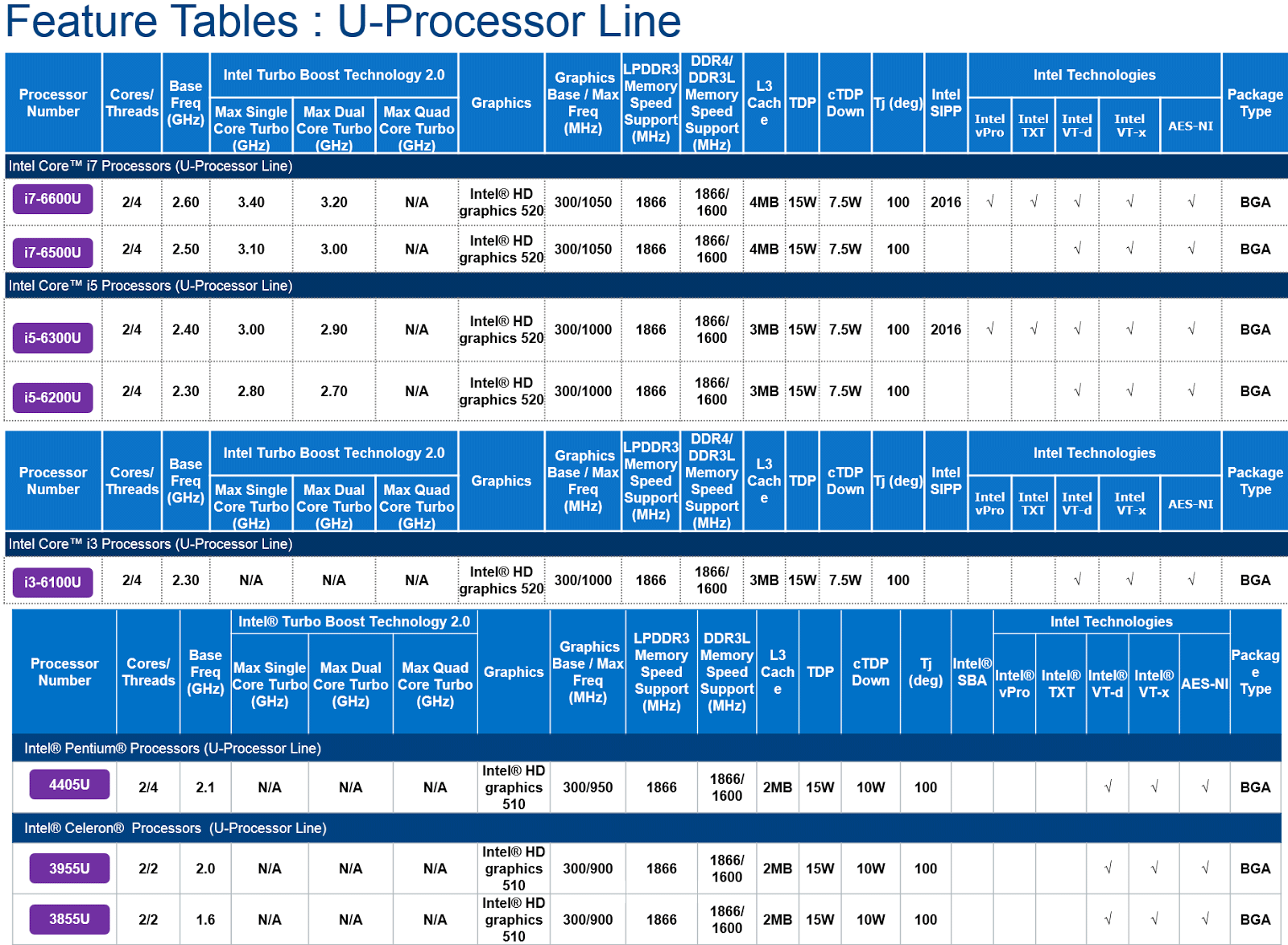 The “Skylake-U” family of products will sport a number of micro-architectural enhancements as well as clock-rate increases compared to “Haswell-U” and “Broadwell-U” families. As a result, Intel expects its new CPUs for notebooks to offer 10 per cent higher performance in general-purpose tasks, up to 34 per cent better performance in graphics applications; Systems featuring “Skylake-U” are projected to feature up to 1.4 hours longer battery life when playing video. 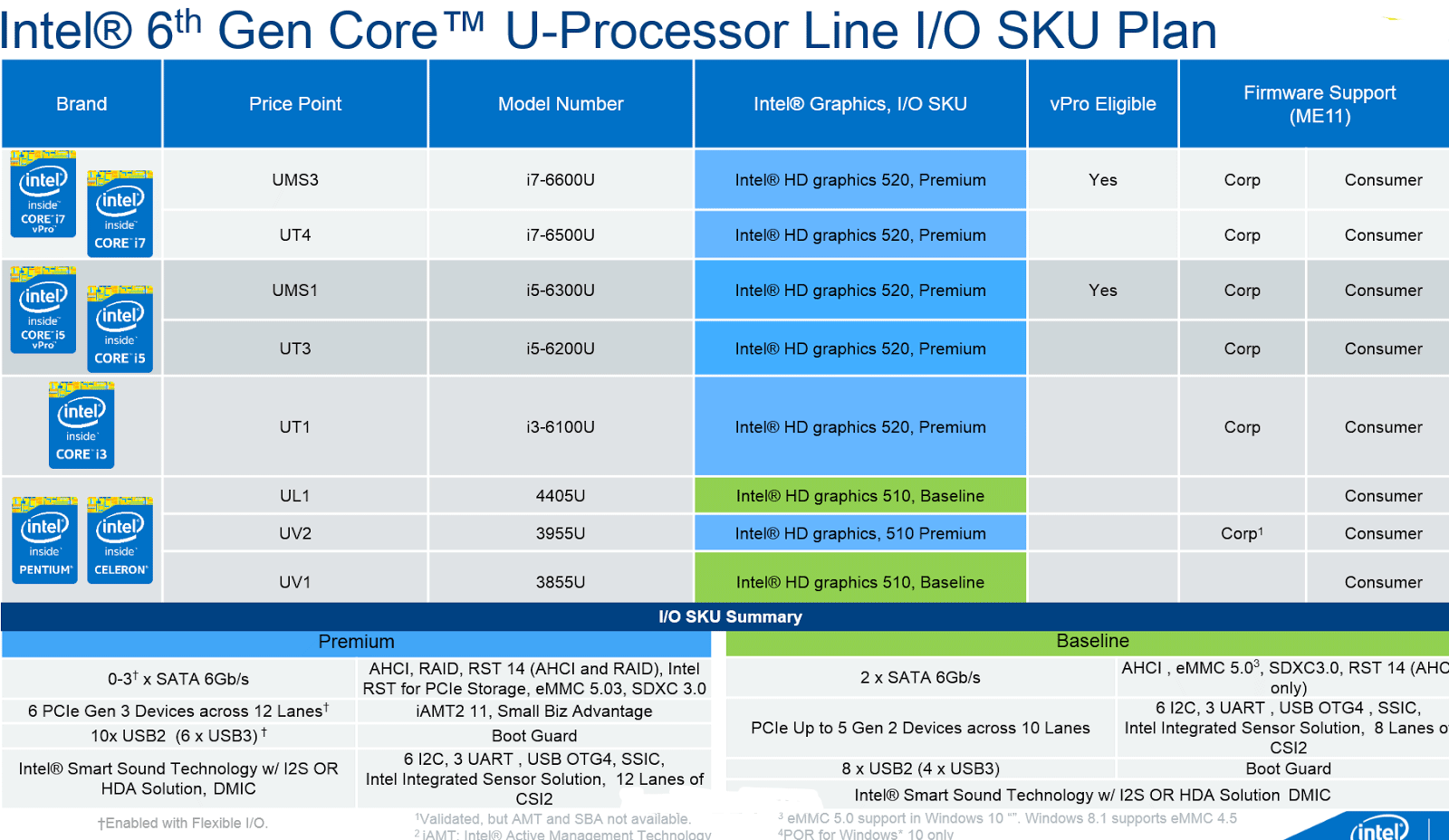 Select mobile PCs featuring Intel’s “Skylake-U” central processing units will sport Rezence wireless charging, WiGig wireless docking capabilities as well as 4G/LTE cat. 6 modem. Notebooks based on “Skylake” CPUs will also have a number of enhancements when it comes to audio processing, 3D camera, touchscreen responsiveness, security and so on.

KitGuru Says: What is quite surprising is that Intel decided to offer “Skylake-U”-based Celeron and Pentium chips already this year. Typically Intel does not use new micro-architectures for cheap CPUs. Apparently, the company badly wants to increase sales of its mobile parts in order to show better financial results. However, people buy PCs not only because microprocessors or micro-architectures, but because they have certain appealing features. Traditionally, inexpensive PCs are not feature-rich.