A newly published roadmap of Intel Corp. confirms that the company is on track to release its code-named “Broadwell” and “Skylake-S” microprocessors this year as well as “Broadwell-E” chips early in 2016. 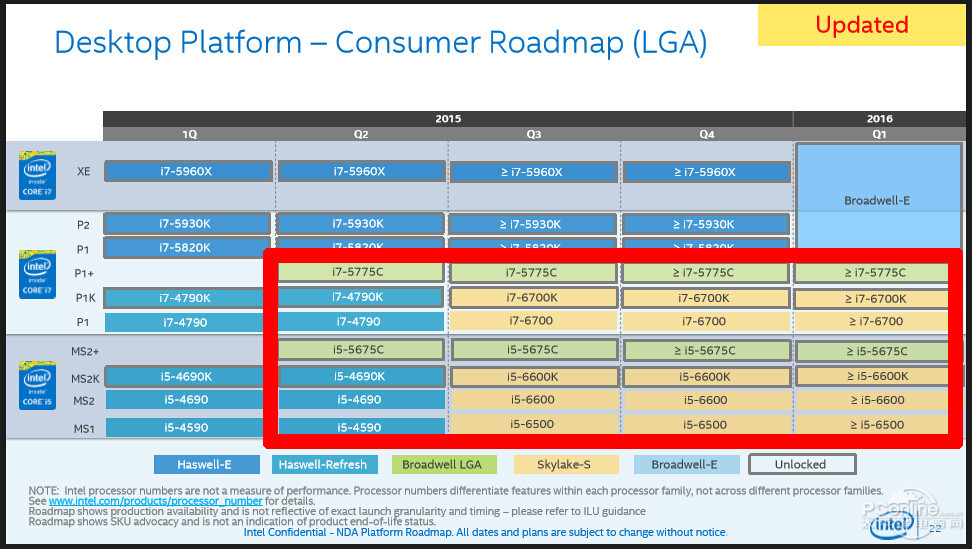 In the first quarter of 2016 the world’s largest maker of microprocessors plans to unveil its “Broadwell-E” chips for high-end desktops. The new central processing units will be made using 14nm process technology and are expected to feature up to eight cores along with relatively high clock-rates.

KitGuru Says: It looks like after rather significant delays, Intel’s 14nm product lineup is about to hit the desktop PC market. Hopefully, Intel will make enough processors and there will be no shortages.