A web-site has published an Intel Corp.’s presentation that confirms specifications of the company’s upcoming high-end desktop (HEDT) microprocessors code-named “Haswell-E” and reveals their prices. Without a lot of surprises, the next-generation processors for extreme performance enthusiasts will cost similar amount of money as existing Core i7 Extreme chips: from around $400 to around $1000 per unit depending on the model.

As expected, the new HEDT family of microprocessors in LGA2011-v3 packaging will consist of three models and will be priced as follows, according to VideoCardz web-site:

The price of Intel’s top-of-the-range client microprocessor remains on the same level, around $1000, despite of lack of competition. However, given the fact that the eight-core Core i7-5960X features relatively low clock-rates, it is likely that in many scenarios the six-core Core i7-5930K with higher frequencies will actually be faster than the most expensive model. 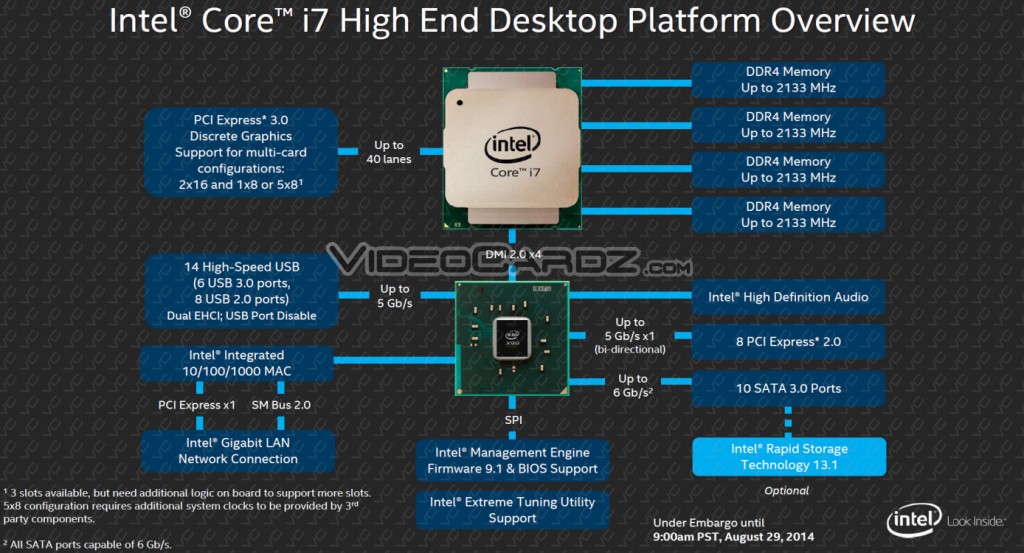 Still, if one wants to get a system that will work for over three years, it makes sense to get the Core i7-5960X, Intel’s first client eight-core microprocessor, overclock it and hope that it will not degrade over time. In the future programs will actually take advantage of eight cores. In multi-threaded applications the eight-core chip should deliver tangible performance improvement over six-core brethren already now, according to Intel, but not all apps take advantage of eight cores/sixteen-threads at present. 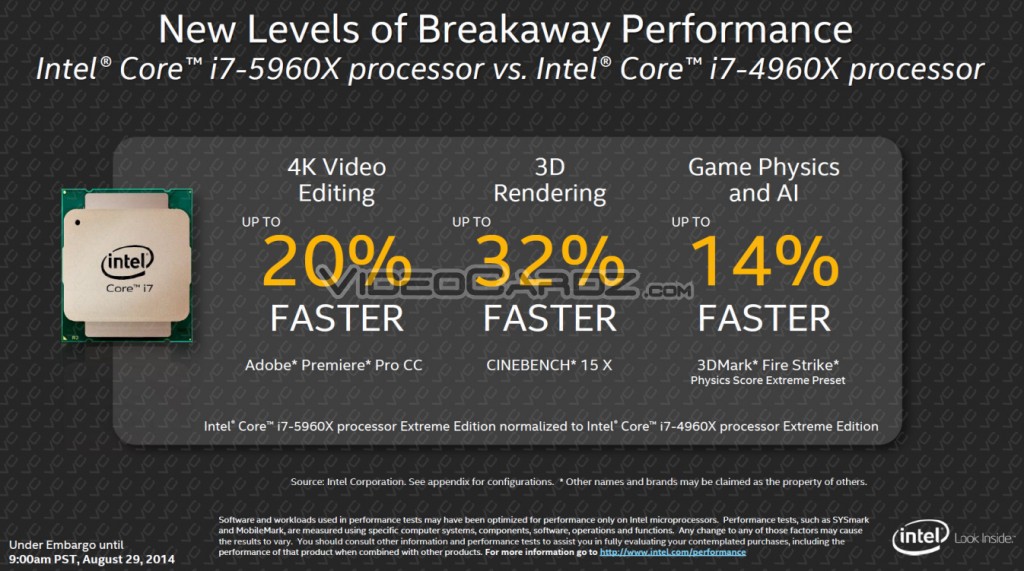 Intel Core i7-5800/5900-series microprocessors for enthusiasts will rely on Intel X99 platforms and will require DDR4 memory modules. The new chips will be formally introduced on the 29th of August, 2014.

KitGuru Says: Thanks to unofficial leaks, we now know almost everything about Intel’s Core i7 “Haswell-E” microprocessors. The main intrigue is how fast they are in real-world applications.