A web-site has published what it claims to be specifications of Intel Corp.’s next-generation desktop microprocessors code-named “Skylake-S”. If the information is correct, then the initial “Skylake-S” family will hardly be truly broad and will not impress with high clock-rates.

The upcoming Core i5 and Core i7 “Skylake-S” product lineup will consist of 10 microprocessor models, according to data published by China-based BenchLife web-site, which allegedly obtained an Intel document with specifications of the central processing units. Surprisingly, the initial range of “Skylake-S” microprocessors for desktops will not include any Core i3, Pentium or Celeron offerings, which means that Intel will only target premium market segments with its new chips this year. 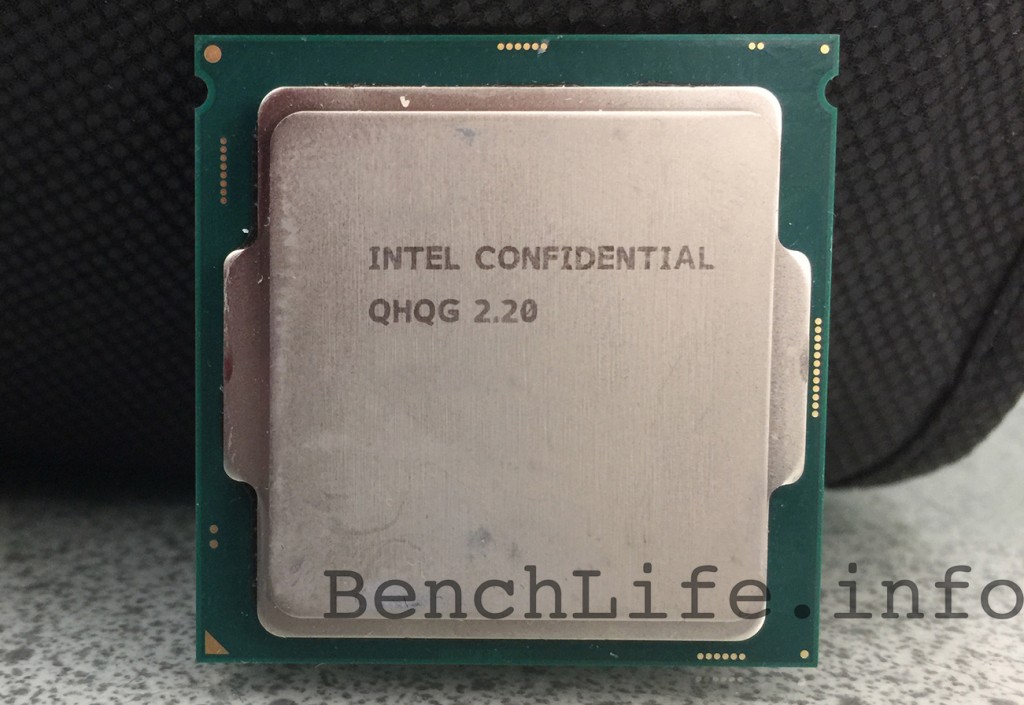 All Intel Core i5 and Core i7 “Skylake-S” processors feature four  x86 cores with or without Hyper-Threading technology, a new integrated graphics processor with improved multimedia capabilities, a dual-channel DDR4/DDR3L memory controller and 6MB or 8MB of last level cache (LLC). The chips will feature LGA1151 form-factor and will be compatible with mainboards based on the Intel 100-series chipsets, including Z170, Z150, Q170, Q150, B150 and H110.

It is noteworthy that despite of the fact that the new “Skylake-S” microprocessors are made using 14nm process technology, their clock-rates are rather low. Sometimes they match frequencies of comparable “Haswell” products available today, sometimes they are a tad lower.

The code-named “Skylake-S” central processing units for desktops are projected to hit the market in October.

KitGuru Says: We do know that microprocessors based on “Skylake” micro-architecture have higher IPC [instructions per clock] performance than chips powered by “Haswell” technology. Therefore, there are no doubts that new CPUs will be faster than the previous-generation products. But will performance gap be wide enough to stimulate users to upgrade?