Back in 2014, AMD set itself the goal to deliver at least 25 times more energy efficient mobile processors by 2020. On June 25, AMD announced that it had not only reached that goal, but exceeded it – achieving 31.7 times improved energy efficiency compared to its 2014 baseline.

AMD has said that thanks to the “performance improvements and reduced power consumption of the Ryzen 7 4800H processor” the company has  “outpaced the historical efficiency trend predicted by Koomey's Law”. The company said it had “achieved a 31.7x increase in typical use energy efficiency from 2014-2020, or ~2x compared to what would be the historical rate of increase (doubling every 1.57 years) during the same timeframe of 14.1x”. 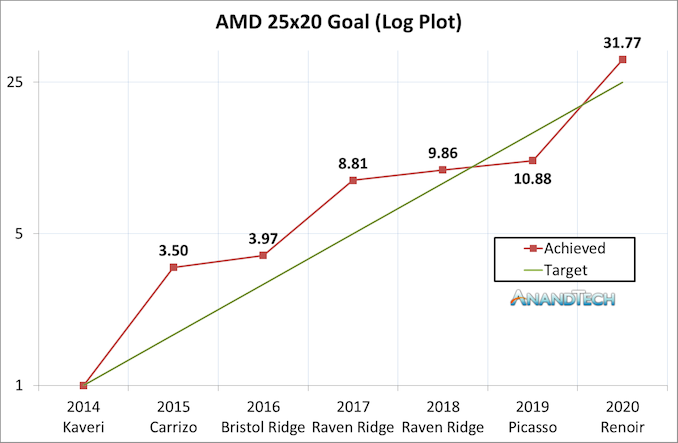 “We have always focused on energy efficiency in our processors, but in 2014 we decided to put even greater emphasis on this capability,” said Mark Papermaster, chief technology officer and executive vice president, Technology and Engineering at AMD. “Our engineering team rallied around the challenge and charted a path to reach our stretch goal of 25 times greater energy efficiency by 2020. We were able to far surpass our objective, achieving 31.7 times improvement leading to gaming and ultrathin laptops with unmatched performance, graphics and long battery life. I could not be prouder of our engineering and business teams.”