Six months on from the reveal of Intel’s Kaby Lake refresh, it seems that mobile variants of 8th generation Coffee Lake processors are coming to laptops. Multiple benchmarking scores have appeared on Geekbench, showing the flagship Intel Core i7-8750H to be a similar powerhouse to its desktop counterpart.

Tested on a pair of Quanta systems, Geekbench (via Twitter user momomo_us) shows that single-thread performance for the mobile processor hit as high as 4,700 and 5,008. Multi-threaded scores were similarly impressive, hitting as high as 17,504 and 20,715. 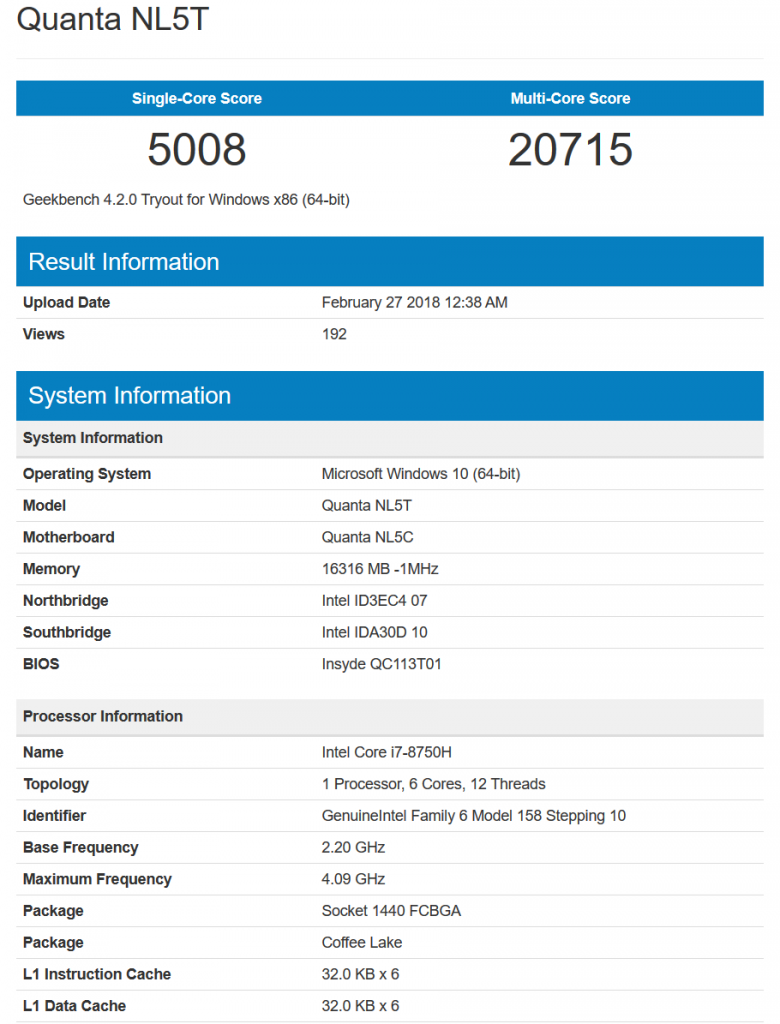 While this has yet to be tested in a real-world environment, the Geekbench scores show a 20 percent increase for single-core performance and close to a staggering 50 percent boost in multi-threaded performance.

KitGuru Says: Hopefully these improvements translate well to real-world performance, but so far it’s looking like a worthy upgrade. Are you looking to upgrade your portable system or are you sticking to a desktop for the time being?

Previous It looks like the OnePlus 6 will also house the iPhone X-style notch
Next Cryptocurrencies have directly caused deaths, according to Bill Gates