CES 2019: Intel is expanding its 9th generation line of processors

For the past three months, Intel has focused on flagship desktop and workstation variants of its 9th generation line-up, leaving little to compete on the budget end of the market. Taking to CES 2019, Intel’s Gregory Bryant revealed a much-needed expansion to the family, from Core i3 to i9 and promises of 9th Gen Mobile chips. 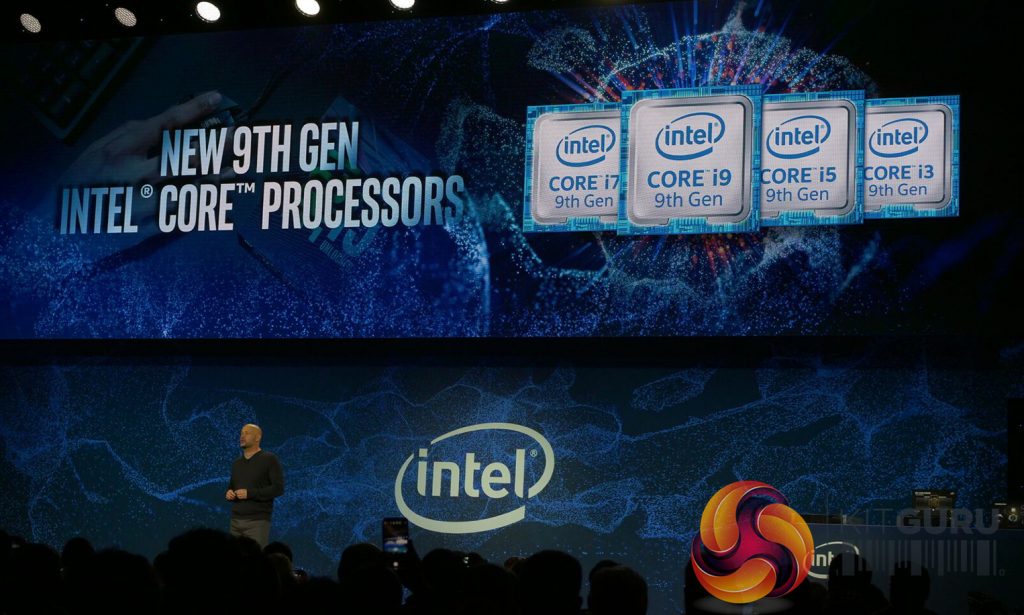 Aside from references to a Lenovo Core All-in-One with 9th Gen Core i5, and promises of Mobile 9th Gen in Q2 which KitGuru predicted in the latest Leo Says Ep 35, not much was revealed about the new processors. Fortunately, a little digging into Intel’s ARK product database from Tech Radar reveals interesting bits of information that the company omitted from its presentation.

Five out of six of the new processors now carry an F-Series branding that went unmentioned at the event. The significance of this new letter is that each chip has no integrated graphics, presumably in an attempt to cut costs and better compete with AMD’s impending Ryzen 3 series of processors.

While there are plenty of people still running integrated graphics, which has proven to be relatively capable nowadays, many more budget systems opt for a dedicated graphics card thanks to the variety of options from Nvidia and AMD. This cushions the potential loss of integrated graphics, while allowing for better temperatures that would also positively impact overclocking by extension.

It seems as though the core target market is the increasing popularity of content creators, as well as “gamers at all levels.” Intel has yet to address the findings or the pricing of the new additions, but states that the first of the new 9th Gen Intel Core desktop processors should drop later this month. Alternatively, Team Blue fans could wait for the 10nm Ice Lake range to drop later this year, should anyone trust Intel's latest promises.

KitGuru Says: It’s good to see Intel is beginning to offer more than its relatively expensive flagship models, although I’m intrigued to see what price each one will cost when it comes to market. Have you been holding out for cheaper 9th generation processors?