Since the ASUS Tinker Board is a fully fledged computer like the Raspberry Pi, the first step is to install an operating system. When the Tinkerboard was first released, ASUS hadn’t put enough thought into this aspect. But that doesn’t appear to be the case now. If you head to the information page on ASUS’s website, you will find everything you need.

Well, almost everything. There’s no link to the Win32DiskImager software suggested for creating your boot SD card, although that’s not hard to find with a quick Web search. 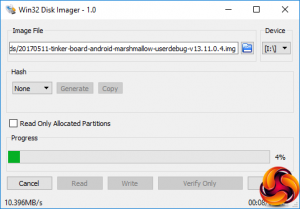 The operating system choices are are TinkerOS versions of Android and Debian Linux. You can download images for both from the ASUS site, write them to a MicroSD card of at least 8GB capacity, then simply put the MicroSD into the Tinkerboard and boot. Of course, you will need to attach USB keyboard and mouse as well, and plug in a monitor via HDMI.

We initially tried Android, which is a custom build of Android 6.0.1 Marshmallow. Then we put Debian on a different Micro SD card. Both installed and booted without issue. 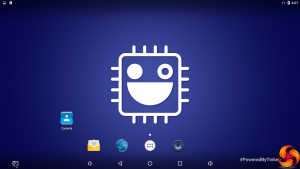 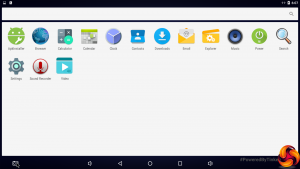 When Android first loads, it goes through some setup activities that take a while to complete. But after this it boots much more quickly. What you then get is a very barebones version of Marshmallow. Only the core apps are pre-installed, such as the browser, calendar, email, music and video players. 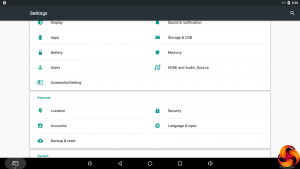 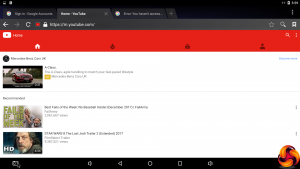 The standard settings screen is available. Note that the browser assumes you are using a mobile device, which is bizarre when the Tinker Board is connected to a 4K screen. You can force it to serve the full desktop sites, however, which the Tinker Board has no proble coping with.

However, one very useful part of Android is missing from this build – the Google Play Store. We tried loading APKs for this and associated services but it didn’t work. There are some rather involved tutorials showing how to get this running on the Tinker Board, which are available on YouTube and other sites. But this seems like a faff, and we never managed to install the Play Store successfully despite following the tutorials closely. ASUS should really offer an Android build with the Play Store already included. 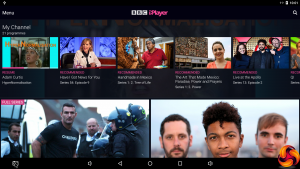 We did achieve some success by downloading APKs to a USB key and installing from there, however. Geekbench 4 installed and ran fine (see next page of this article), and the BBC iPlayer app installed and ran just fine. The latter already starts to make the Tinkerboard attractive, because £50 or so for a device that can stream iPlayer to your TV is the beginning of a potentially useful low-cost media centre system. 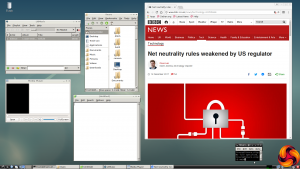 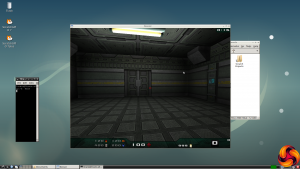 The TinkerOS spin of Debian is based on version 9, and includes the LXDE desktop environment. The basic distribution doesn’t include much in the way of productivity applications – just music and media players, a text editor and a Tinker Board-optimised version of the Chromium browser.

We had no trouble playing 1080p video in the browser. The Tears of Steel Blender video also played smoothly in 4K. The 3D shooter Nexuiz installed and worked, but it was horrendously slow. 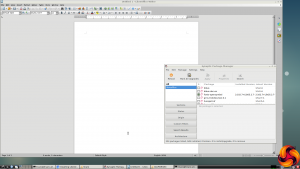 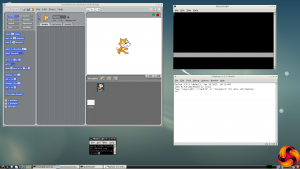 Unlike the Android TinkerOS, the Debian version is a fairly standard distribution, albeit a barebones one to begin with. We were able to update and upgrade the Debian OS to the latest versions from the LXTerminal command line.

We were also able to install LibreOffice for Debian via the Synaptic Package Manager, which also gives you access to loads of other Debian software, making this TinkerOS much more useful than the Android version. However, some useful programming tools come pre-installed too. These include Scratch, the supremely popular educational tool, plus IDLE / Python and Squeak. 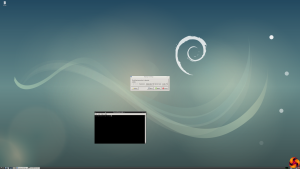 Monitor resolutions up to 3,840 x 2,160 are supported. However, Debian doesn’t appear to be as aware of the effects of such high resolutions as Windows 10 and MacOS on GUI usability, as the text becomes stupidly small at this resolution. 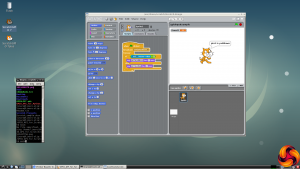 ASUS now also provides installable APIs for using the GPIO header with C, Python, and Scratch. These are all for use with the Debian OS. You install the Python and C APIs via the command line, with full instructions on ASUS’s website. The Scratch API needs to be downloaded and unzipped, too, but you have to figure it out for yourself. You then use a setup command to install two sample projects that appear on the desktop and perform a couple of simple input and output operations via the GPIO header.

This is a start for those who want to tinker with the Tinker Board, but there isn’t anywhere near as many example projects available as with the Raspberry Pi or Arduino. You wouldn’t expect there to be, since the Tinker Board is relatively new. But this is an area where ASUS still needs to do some work to make this device a true hardware hacker or maker’s favourite.