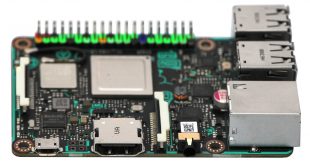 Maker culture has been going from strength to strength. The Arduino has been instrumental in this development, and the hugely successful Raspberry Pi has taken the revolution further with a full computing device for as little as £20. But these were just the beginning, and now ASUS is hoping to grab a bit of the action with its Tinker Board.

Where the Arduino, and its derivatives such as the Intel Genuino 101, are essentially control co-processors primarily designed to work with sensors, inputs, and outputs, the ASUS Tinker Board has much more in common with the Raspberry Pi. It's a complete computer, and can run a full operating system including Linux and Android, although not Windows 10, unlike the more recent spins of the Pi.

One of the Tinker Board's secret weapons is its CPU. The tiny little computer is based around a Rockchip RK3288, which incorporates a 1.8GHz quad-core Arm Cortex-A17 processor. The latest Raspberry Pi 3 only uses a 1.2GHz ARM Cortex-A53 quad-core CPU, although the latter is a more recent generation (ARMv8-A rather than ARMv7-A). The Tinker Board has more, and faster memory as well. Where the Pi 3 has 1GB of 900MHz DDR2, the ASUS alternative sports 2GB of dual-channel DDR3, although ASUS doesn't state the speed. 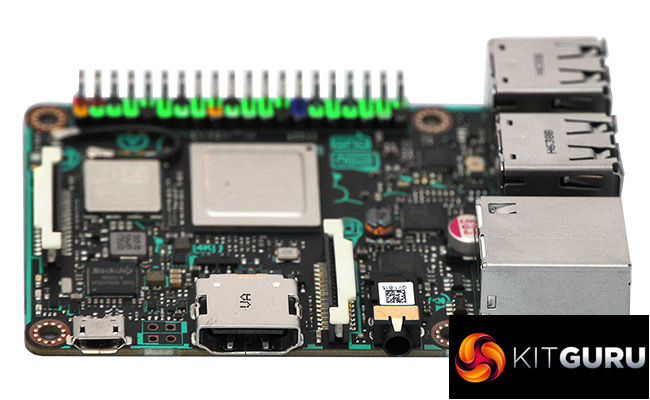 There are some other differences, too. The Pi 3 has 100Mbit Ethernet, whereas the Tinker Board boasts Gigabit Ethernet. However, both offer just 802.11n WiFi not 802.11ac, four USB 2.0 ports rather than USB 3.0, HDMI video output, an audio minijack, a 40-pin IO header, and two 15-pin serial interfaces, one for camera (CSI) and one for display (DSI). The Pi 3 has Bluetooth 4.1 but the Tinker Board Bluetooth 4.0.

So ASUS is trying to match the Raspberry Pi 3 for connectivity and peripheral compatibility, whilst trumping it on the performance of the underlying hardware. However, the Tinker Board is quite a bit more expensive than the Raspberry Pi 3 – £46.99 versus £31.19 at the time of writing (inc VAT). Let's find out if it's worth the 50 per cent extra outlay.