Valve has recently shared the results of the Steam Hardware & Software Survey for May 2021. According to the data, AMD has crossed the 30% usage milestone, suggesting AMD's market share in the mainstream gaming market is growing. 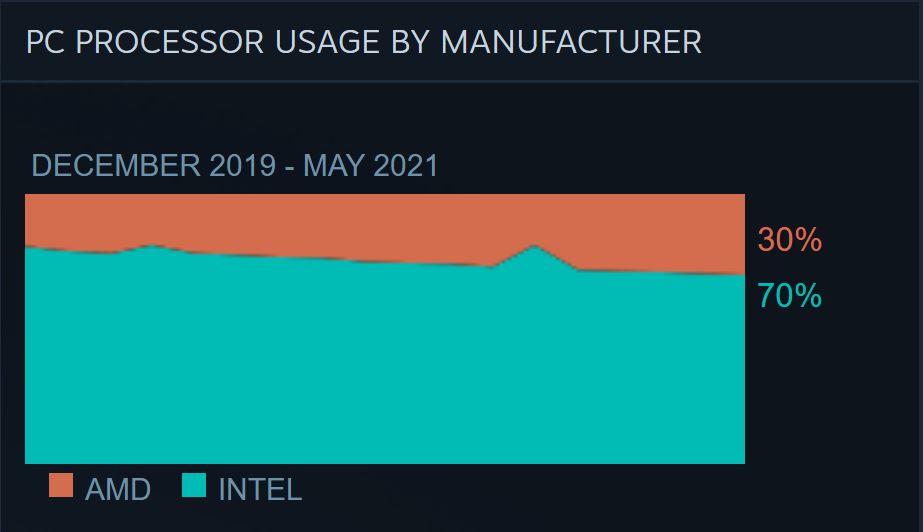 Of course, with Radeon GPU market share unchanged this month, that also means that Nvidia is maintaining a dominant 75.6 percent share of GPUs used to play games on Steam, with the GTX 1060 continuing to be the most used discrete graphics card. The number of graphics cards with at least 8GB of VRAM has also risen.

Windows 10 appears to be the most popular operating system by a huge margin, with the Steam Hardware Survey revealing that 92.87 percent of participants are using it. Finally, in an interesting twist, the number of PCs with more than 16GB of RAM is on the rise, as is the use of 1440p monitors.