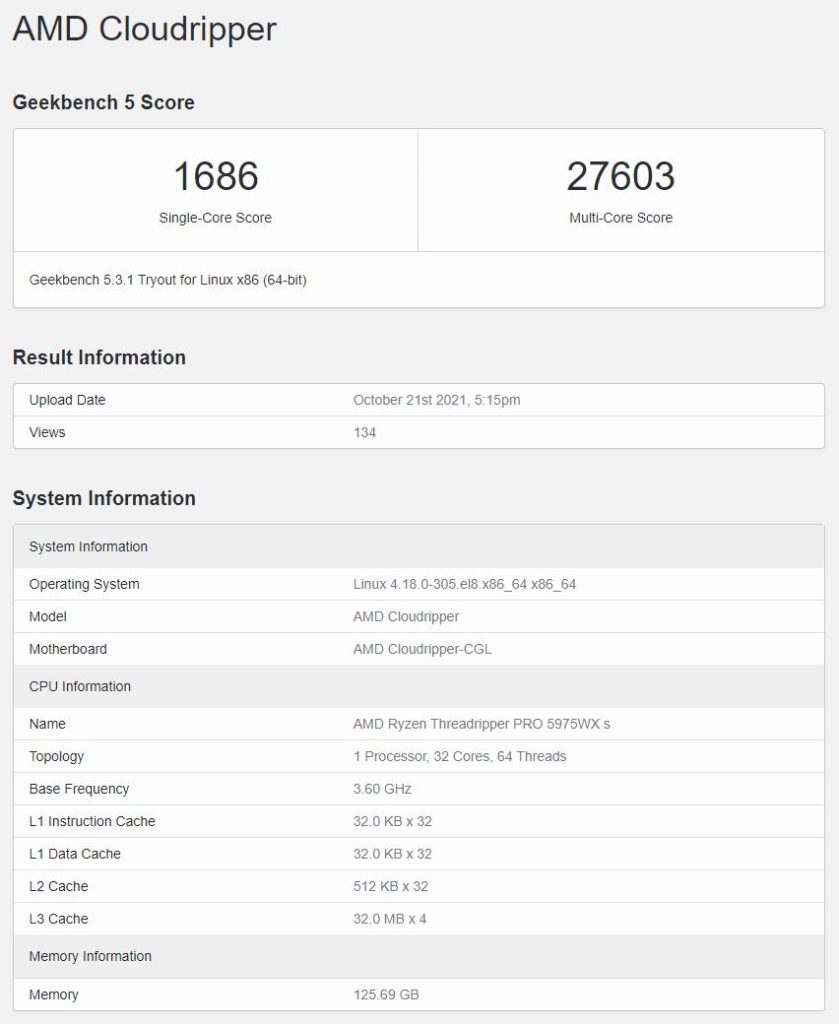 The base clock frequency seems to be set at 3.6GHz, but it boosted up to 4.53GHz during the test. The processor scored a whopping 1686 points in the single-core benchmark and 27603 points in the multi-core benchmark. If we compare these scores with the Ryzen Threadripper 3970X, which also features 32x cores, the Threadripper 5975WX was 34% faster in the single-core workload and 23% in the multi-core test.

KitGuru says: Have you been waiting for new Ryzen Threadripper processors before upgrading?