On a monthly basis, Microsoft updates the Xbox Series X|S software with new features, improvements and optimisations. Following an early inclusion as part of the Microsoft Xbox Insider Program, Series X console owners were able to quadruple the resolution of the dashboard from 1080p to 4K. Now, this update is live to all users.

Making the announcement on the Xbox Blog, Jonathan Hildebrandt, the Principal Program Manager for Xbox Experiences revealed that “Team Xbox is excited to continue bringing new ways to make Xbox better, with you at the center, as we refine the experience and deliver brand new features based on your feedback. This month’s update includes the natively rendered 4K dashboard on Xbox Series X consoles, Xbox night mode, Quick Settings and more.”

Previously locked to 1080p – even on the Series X – the Xbox dashboard now renders at 4K, making for much sharper text; icons; and video game art. Game consoles are all about the user experience and so boosting the resolution to 4K certainly helps in this respect. 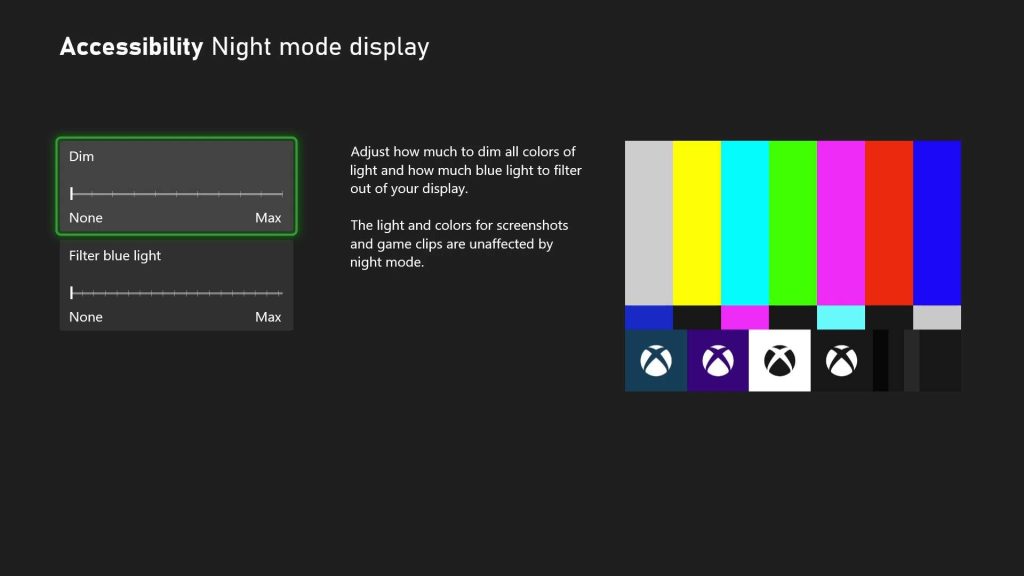 The second major feature is Night Mode. As with most other night modes, users can dim the amount of light on the screen across the board, or alternatively just the blue light filter. You can even alter the brightness of your Xbox button on the controller and the power light on the system itself – removing all distractions when playing games or watching films.

While some of these features should have been available from launch, it is good to see more accessibility options being added – and simply more options across the board. With so many new features arriving so consistently, it will be interesting to see how the UX evolves over the course of the generation.

KitGuru says: What do you think of the update? Do you have a 4K display? What features are still missing? Let us know down below.