While the Xbox Series X is technically capable of outputting games at an 8K resolution, the console’s user interface has been limited to just 1080p, making the screen elements appear much blurrier than necessary. It seems Microsoft has finally decided to up the resolution as part of the console's latest system update.

Xbox users who wish to receive the latest features as fast as possible can sign up to the console’s insider preview program. The latest update brings with it enhancements to the Xbox user interface, with Insider Program Lead, Brad Rossetti, saying “Xbox One Insiders – We have a new 2109 build today to Alpha Skip Ahead and Alpha Users at 2.00pm (9.00pm GMT).”

According to Rossetti, the most significant change with this update sees that “Xbox Series X consoles connected to a 4K display can begin flighting an increased resolution UI.” 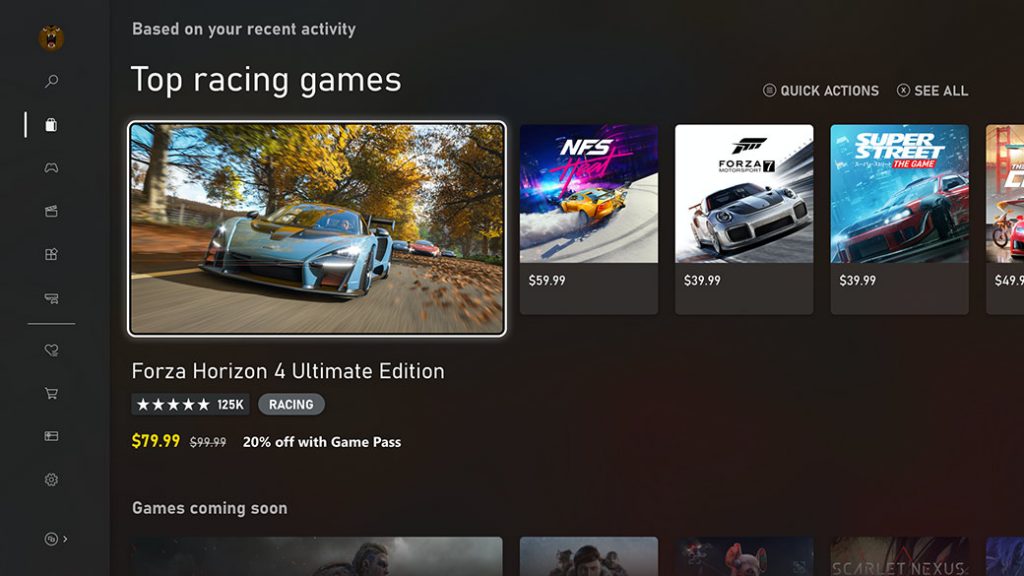 Currently, regardless of what system you use, and what monitor you are connected to, the Xbox dashboard runs at just 1080p. According to Microsoft, increasing the resolution to 4K would eat up some of the system’s RAM, with the console manufacturer opting to focus on speed and freeing up as many resources as possible instead (allowing for features such as Quick Resume).

Both the PS4 Pro and PS5 run their respective UIs at a native 4K resolution, and so in comparison, Microsoft’’s systems looked to be lacking. Of course, a quick and responsive UI is just as, if not more important than a good looking one. Still, hopefully Microsoft has managed to achieve both.

KitGuru says: Do you own a 4K TV? Have you noticed the lower resolution dashboard? Is this upgrade a big deal to you? Let us know down below.