The creator of DRAM Calculator for Ryzen has launched a new utility called ClockTuner for Ryzen. CTR is a tool that can squeeze extra performance from Zen2 processors by undervolting the highest quality CCXs in your processor individually.

CTR is a fully automated utility that can increase the performance of any Zen2 processor without increasing its power consumption. By undervolting a CCX (core cluster with 4 cores), the processor will run colder and faster, all without turning off any of the “energy-saving technologies”. Another interesting feature of the CTR is smart overclocking, which overclocks your CPU based on how high you can push each CCX.

By analysing the quality of each CCX, CTR adjusts their frequency based on how good they are. The CCX is evaluated using Prime95 with a preset developed by 1usmus, the creator of CTR. Then, a “step-by-step” algorithm adjusts the frequency on all CCXs until it reaches a steady operation. Additionally, the CTR comes with a Cinebench 20 test suite to evaluate the configuration results. 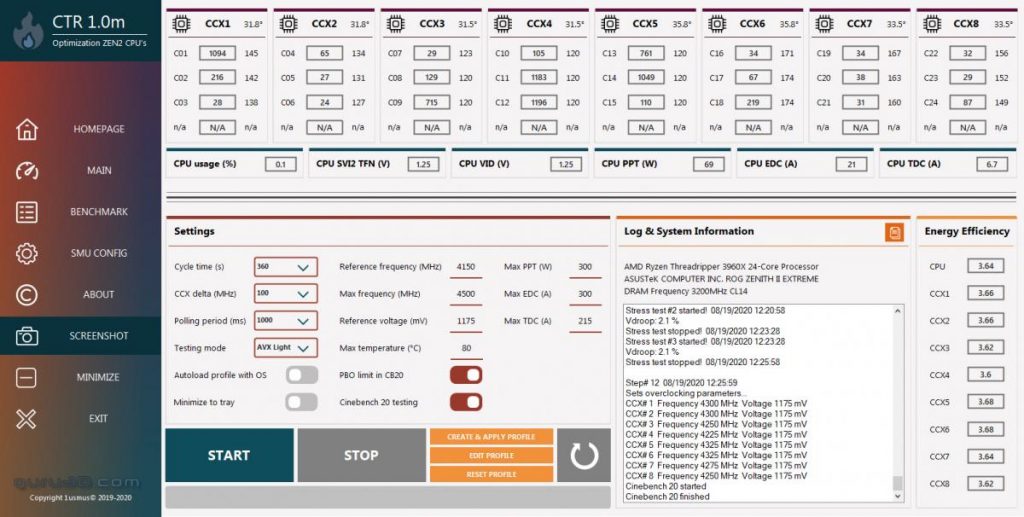 The CTR will be free and compatible with all AMD motherboards, even those that don’t support CCX configuration. CTR can bypass any manufacturer restriction through low-level SMU access. This tool features multiple security systems to fix any arising issue and shouldn’t trigger antivirus programs.

ClockTuner for Ryzen will be available for download and testing in September. Discuss on our Facebook page, HERE.

KitGuru says: Does your system have an AMD Zen 2 processor? Will you try ClockTuner for Ryzen once it’s available?