We've seen at least one impressive overclock already this week, with a new DDR5 memory record being set. Now, Gigabyte is making some headlines after pushing Intel's Pentium Gold G7400T to impressive speeds.

As first shared by HD-Tecnologia (via Tom's Hardware), HiCookie, Gigabyte's professional overclocker, pushed a Pentium Gold G7400T to 5.8GHz by adjusting the BCLK frequency to 187. The overclocker used a Z690 Aorus Tachyon motherboard with the CPU voltage set at 1.656V. It's also worth mentioning that HiCookie used liquid nitrogen to cool the CPU. 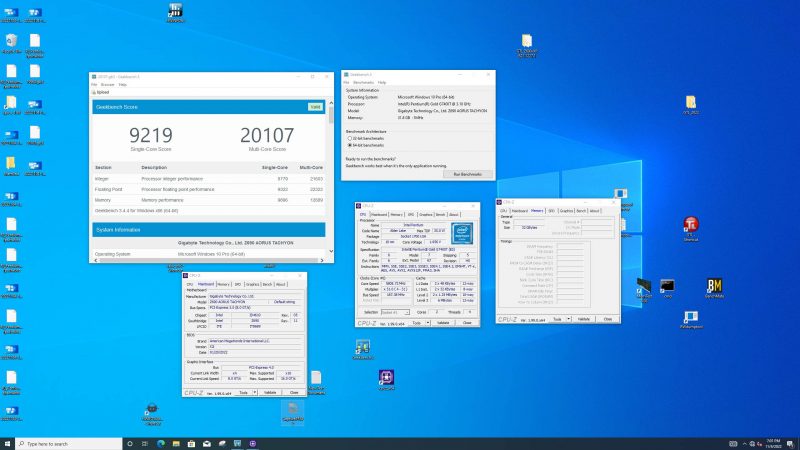 After overclocking the system, HiCookie used Geekbench 3 to test the system, where it scored 9,219 points in the single-thread benchmark and 20,107 points in the multi-core test. The former may not be that impressive, considering the current record holder is an i9-12900K clocked at 7205MHz with 11,345 points. However, this multi-core score is enough to beat the number 1 entry, an i3-7350K running at 6836MHz (16,265 points), by 24%. Besides Geekbench 3, this overclocked processor broke many other dual-core records in other benchmarks, including HWbot X265 Benchmark 4K, HWbot X265 Benchmark 1080p, and Y-Cruncher-Pi-1B.

KitGuru says: Seeing a £60 processor being overclocked on a £540 motherboard may not look that practical, but it sure breaks records.