Following yesterday's leak, a new listing of a Comet Lake processor has appeared in 3DMark's database. This listing shows a Core i5-10600, detailing some of its specifications, and new Z490 motherboard, the MSI Z490 Gaming Carbon.

The entry of the new processor was reported by Twitter user momomo_us, who got a reply from Tweeter APISAK with an update on the boost clock frequency. It shows that the Intel Core i5-10600 will be a 6C/12T CPU, confirming that it will have HyperThreading.

The original listing had the stock core clock listed as 3.3GHz and the turbo core clock as 3.314GHz. This turbo clock figure seemed to be incorrect, but on APISAK's reply to momomo_us, the screenshot shows a 4.689GHz, which looks like a more cohesive value. 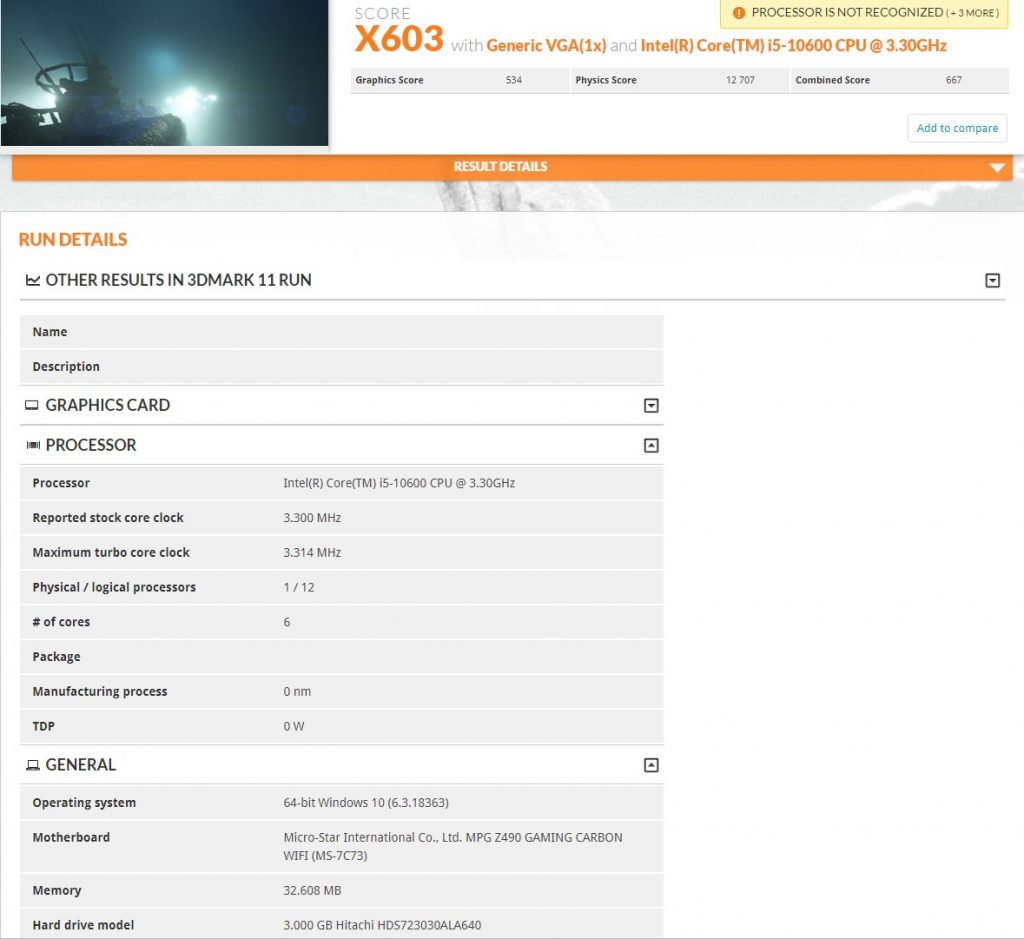 When compared to current Core i5 models, it's clear where the differences in specifications lay. The presence of HyperTreading should offer a decent improvement in performance. There's also an increase in base and boost core clocks of 200MHz and 100MHz, respectively, when compared to the Intel Core i5-9600.

The physics score listed on this Core i5-10600 entry is 12707, which is pretty similar to the numbers achieved by an Intel Core i7-8700, which is around 13000. Based on the specifications from the Core i7, a 6C/12T processor clocked with a base frequency of 3.2GHz and a maximum turbo frequency of 4.6GHz, the similarity is understandable. From this comparison, Comet Lake-S doesn't seem to bring any IPC gains.

To be sure of the upcoming Core i5-10600's performance, we will have to wait for its release which, according to the latest rumours, should be in April 2020.

KitGuru says: Do you think adding HyperTreading to the Core i5 CPUs is a good idea?