Although Tiger Lake is yet to be officially released, a new listing in 3DMark shows a glimpse of the performance we might expect when the CPUs hit the market. The comparison below isn't meant to compare the CPU performance between the AMD Ryzen 9 4900HS and the unknown listed Tiger Lake CPU, given its difference in core and thread count. On the other hand, it's fair to compare both iGPUs from each processor.

The integrated GPU on the listed Tiger Lake processor is based on the new Xe Graphics architecture designed by Intel. On the other side, AMD is using its Vega architecture on the integrated graphics of the Ryzen 9 4900HS. As seen in the image below, the Xe iGPU from Intel is outperforming AMD's Vega by about 10.5% in the “Graphics Score”. Further below, in both “Graphics Test 1” and “Graphics Test 2”, Intel Xe beats AMD Vega by 6.7% and 13.8%, respectively. Unfortunately, the integrated graphics clocks weren't registered. 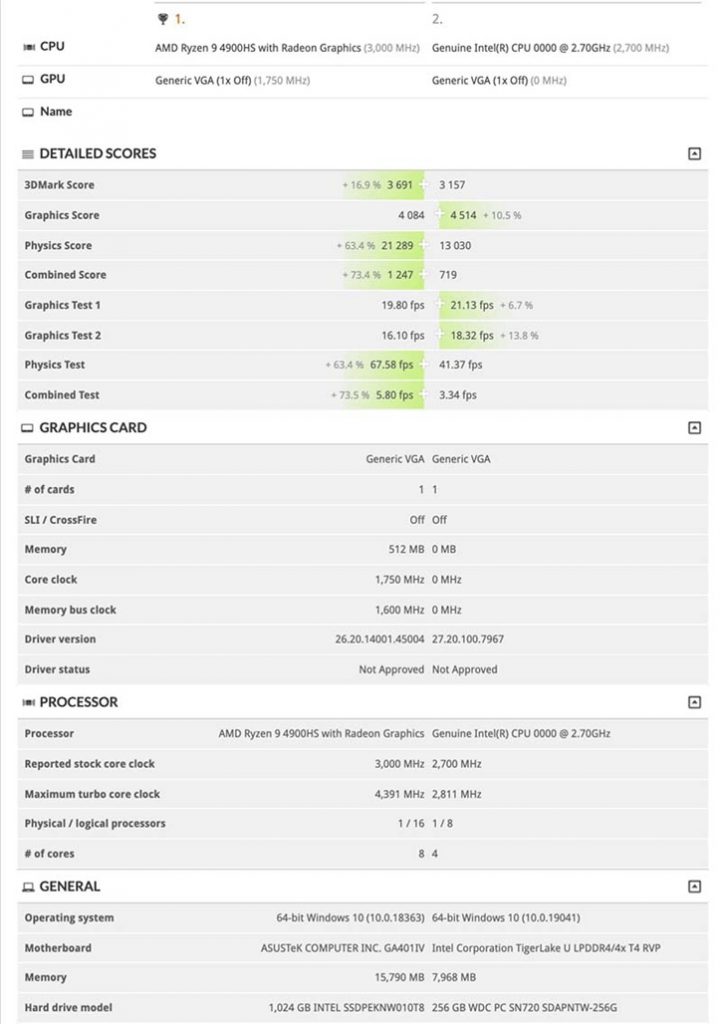 Regarding the CPU performance, although the comparison isn't fair, we can compare it to the results from the AMD Ryzen 5 4650HS, a 6C/12T mobile processor that scored 12988 in the Physics section in 3DMark, according to Guru3D. Given that this Intel CPU scored 13030 in that same test, with fewer cores and threads (4C/8T), and possibly lower clock speeds, Intel's upcoming mobile platforms look promising.

Currently, we expect Tiger Lake processors to arrive later this year or in early 2021.

KitGuru says: Do you expect that Intel Xe iGPUs will outperform AMD Vega iGPUs? Are you curious with the performance of Intel Xe iGPUs in real-world applications?